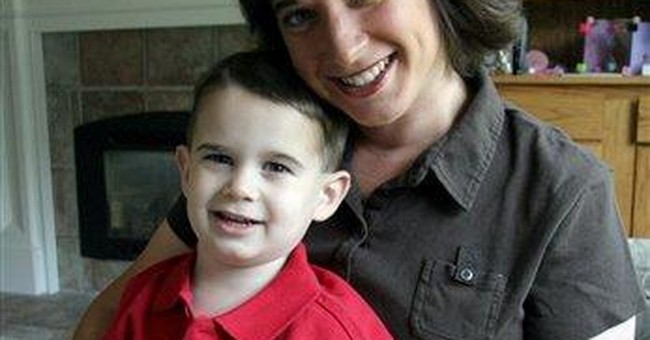 The children and grandchildren of baby boomers have been called a lot of names, and most of the printable ones are taken from the alphabet: Generation X, Y and Z. The young professionals, as they call themselves, may turn out to be the most rebellious generation of all.

But Hillary, Obama and the Breck girl must tread carefully in pandering to them. They aren't nearly as receptive to blowing away restraints as their parents were.

These are the "New Victorians." They don't wear corsets or submit to confinement while pregnant, but they've turned against the sexual revolution, yearning for tradition in their lives. They're getting married and having babies and, unlike their parents, putting away childish things at an early age.

The New Vics don't even show much pity for their "spinster sisters" in their 30s, fretting because their biological clocks are ticking ever louder and they can't find suitable prospects among the Peter Pan bachelors who refuse to commit. The New Vics grew up on the sitcom "Sex and the City," and they don't approve of the way those characters lived reckless lives.

"While their forbears flitted away their 20s in a haze of booze, Bolivian marching powder and bed-hopping," observes the New York Observer, the hip Gotham weekly, "New Vics throw dinner parties, tend to pedigreed pets, practice earnest monogamy, and affect an air of complacent careerism. The adultery-filled pages of John Updike's best novels now seem like dispatches from a foreign land."

There's more than a touch of prudishness and priggishness among these nesters. They want to protect what they have. They call adulterers "home-wreckers," and women who indulge affairs "sluts." Their superstar models live a considerable distance from Brooke Shields, who pitched blue jeans with unsubtle sexual innuendo: "Nothing comes between me and my Calvins." Natalia Vodianova, age 25, a Russian model, is a new kind of Calvin Klein girl, featured in Vogue with her aristocratic British husband clutching a litter of white poodles. She's the mother of two, expecting a third.

Every revolution pushes the pendulum, expecting their choices to stand forever, only to get smacked in the psyche when that pendulum comes back at them as they age and gather a little perspective. There's always a counter-revolution brewing in the secret places of the hearts of the young finding their own places in the world. You can see the New Vics pushing strollers in Park Slope in Brooklyn, where families have moved because Manhattan real estate is so expensive. But not just in Manhattan, which only thinks it commissions the trend toward the latest new thing. In my urban neighborhood of Adams Morgan in Washington, I see the twentysomethings on the lawns of their late Victorian townhouses, teaching a girl to ride a bicycle or throwing a ball to a boy with a new catcher's mitt. It almost feels like the '50s, deja vu all over again.

It's early to say this is actually a trend, but there are signs all over the place. Websites for "modest clothing" are expanding, and Wendy Shalit, who earlier wrote about "A Return to Modesty," has a new book called "Girls Gone Mild: Young Women Reclaim Self-Respect and Find It's Not Bad to Be Good." She illustrates the point with an interview with the daughter of Erica Jong, whose book "Fear of Flying" practically launched the sexual revolution. Jong glamorized promiscuity as random guilt-free sex with strangers.

"When you're 12," says Molly Jong Fast, "there's nothing funny about your mother's fourth wedding." Molly describes her own promiscuity as a mistake. "I was sold a bad bill of goods." Molly is married and signs her e-mails "mother of Max," making sure you understand that she's first a mother. So do a lot of other young moms.

Shalit tells how teenage girls suffer from sexual revolution fatigue and "hook-up depression." Raised as children with seductive dolls like the Bratz Babyz "Nite Out" doll, decked out in fishnet stockings and hot pink microminis, they were left with nothing to rebel against except the cheap and easy sex that was supposed to make everyone free. She has tapped a nerve, and receives hundreds of e-mails from young women who thought they had to hide yearnings for marriage and children behind a veneer of super-sexed sophistication. They grew weary of having to get drunk to "hook-up."

Many women of the New Vics tell of cheering twice watching the movie "The African Queen." When Humphrey Bogart tells Katharine Hepburn that they should enjoy carnal pleasure as only natural, she replies: "Nature is what we were put on earth to rise above." That's the first cheer. They cheer again when a ship's captain marries them just before he intends to execute them. You might call the change in attitude a sea change.