A New Woman in Combat. Not! 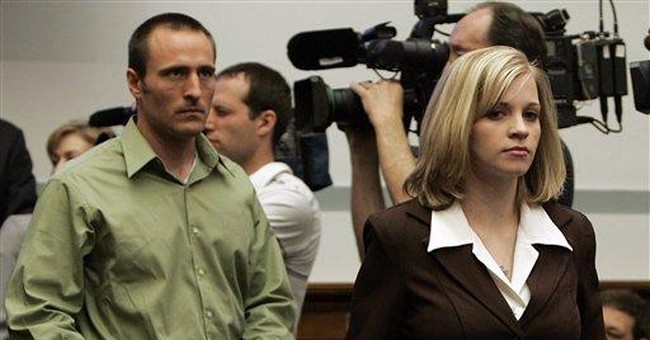 Jessica Lynch turned out to be a soldier worthy of the uniform, but not, as we were told she was, the poster child for women in the military. Hers was a great story when it broke. She was Sgt. York and Audie Murphy in skirts (although she mostly wore combat fatigues), spraying fire at the enemy with the ferocity of a warrior on fire.

Only later we learned that actually she hadn't fired a shot when her Humvee crashed and, severely wounded, she was quickly surrounded by the enemy. Wonder Woman morphed into Cinderella when American soldiers, all men, rescued her as she lay captive in a hospital held by hostile Iraqi troops.

Pfc. Lynch testified before the House Committee on Oversight and Government Reform the other day, displaying none of the bravado of certain senior female officers campaigning for women in combat. She had been there, done that and recognized her limitations. Jessica Lynch deserves the honor we pay to all young Americans, male and female, who wear the uniform. But Pfc. Lynch, never responsible for inventing or perpetuating the myth, scoffs at the Pentagon spinners who tried to turn her into "a little Rambo." Reporters and editors back home were eager to buy the Pentagon fairy tale of how she fought off her attackers, and they had a lot of company. Many people wanted her story to be true, to shut up once and for all the skeptics of women on the battlefield.

The generals depend on young women to make the all-volunteer Army work. Women rode to the rescue when both quantity and quality of the armed forces fell after the end of the draft. The generals have been willing to put up with surprise pregnancies, constant arguments over sexual harassment and even the inherent physical limitations of women because the alternative is resumption of the draft. In the present climate, they know that's not going to happen. Women have inevitably moved closer to combat, partly because of the nature of the war in Afghanistan and Iraq, and partly through the deceit of politicians, both Republican and Democrat. To get women to the battlefield they just redefine "battlefield."

As the decade of the '70s wore on, writes RAND senior fellow Bernard Rostker in his book "I Want You! The Evolution of the All-Volunteer Force," the Army found that "women, with their generally higher educational attainment, superior performance on intelligence tests, and lower incidence of disciplinary problems could substitute for some of the high quality men who weren't signing on."

Women in the military are a paradox for feminists. The hardliners on the left, who see red at the very sight of olive drab and regard the Army as the bastion of dreaded machismo, lost their voice to a new generation of femmes fatales who were eager to join the men paying tribute to machisma. When women were denied opportunities to die on the battlefield, the militant feminists, who certainly didn't want to wear a uniform themselves, argued that women could kill people and break things as well as any man, and had a "right" to do it.

At least 75 women deployed to Afghanistan, Iraq and Kuwait have been killed in action. The notion that women arriving home in body bags, their bodies sometimes dismembered and mutilated, would enrage the public turned out not to be true. Seven thousand women served in Vietnam, the Army Times reports, and only 16 of them, mostly nurses, were killed. Only six of the 33,000 women who served in the first Gulf War died there. "Women have always served in the armed forces with courage and distinction," says Elaine Donnelly, chairman of the Center for Military Readiness. "But there is no military necessity to send young women and mothers to fight in close combat areas where they do not have an equal opportunity to survive, or to help fellow soldiers."

Feminists remain split in the debate. On one side, women argue that the female of the species is more caring than the male, and it's wrong to deliberately coarsen those who bear the children of the next generation. To make fighters of them seems unnatural and counterproductive. On the other side, women argue that the imposition of a stereotypical "gender" role is wrong and unfair. The fact that women -- on average -- are smaller and weaker than men, have less body strength and lack the aggressive killer instinct of men must go unmentioned.

Women now constitute 15 percent of the military, and we haven't yet confronted the inevitable ramifications of their role in combat. We defer that debate as we honor our fallen soldiers, women as well as men, this Memorial Day.