Dr. Faust and Other Females 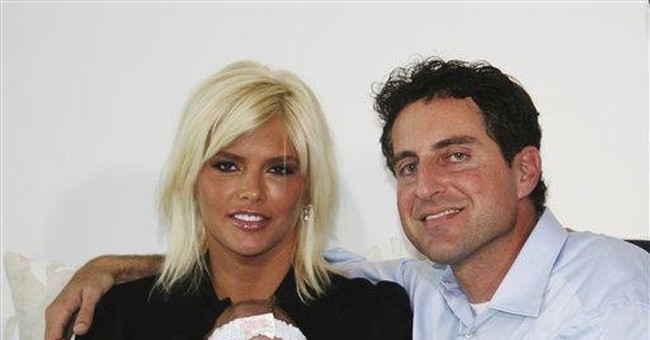 If the new president of Harvard ever plays a character in a campus production of an allegory, she won't have to change her name. She's already Dr. Faust, literally. The original Dr. Faust, as depicted in literature, drama and opera, had an unquenchable thirst for knowledge and in most variations of the tale, he sells his soul to the devil and goes straight to hell to pay for overzealous ambition.

Dr. Drew Gilpin Faust, however, is a timid Faust compared to Lawrence Summers, her predecessor, whose ambition to change Harvard sealed his doom. We'll have to see whether Harvard's Dr. Faust has a similar Mephistopheles moment, but the auguries are not good. She has to contend with an excess of devilish colleagues on the Faculty of Arts and Sciences who can make her life hellish. She's as unlikely as the original Faust to escape "all ambiguities."

But with Valentine's Day now behind us, we can catalog the many women assuming the stereotypes of aggressiveness that we've always associated with masculinity. We've got a speaker of the House, a serious candidate for president, even an astronaut who plots to kidnap a rival for affections, ladies all.

In fact, if you listen to Hillary Clinton as she raises her fist and shouts how she'll end the war if she moves back in to the White House, she sounds more typically male than Barack Obama, who appeals to forces of moderation to forge a winning consensus. Isn't that just like a woman? We're talking rhetoric, of course, which may not turn out to resemble reality.

Who sounds more overstuffed with machismo than Lisa Nowak, the astronaut who donned a trench coat and a diaper, and took a cache of weapons to drive in a fit of rage to deal with her competitor in love? Hers was not exactly the jealous rage of Othello, but she now has a man's rap sheet, detailing earthbound endeavors quite at odds with her training to soar into space.

So you don't have to be a fan of chick-lit to discover that a woman today is often troubled by conflicts of feminism and femininity, trying to figure out when to tap that inner man in the way that men were once urged to tap the inner woman. Women of yore used femininity to seduce and tease through passivity, concealing their power by emphasizing allure. The power of weakness always had its disadvantages; the scales were not reliably balanced when women carried the babies and men carried the money.

Anna Nicole Smith used her pre-feminist charms to engage a billionaire husband, and look what happened to her. The minute details of her life fascinate because her life illustrated the limitations of femininity and feminism as strategies of pursuit. She alternated dangerously between the stereotypes, and three men claimed fatherhood for her motherless child (and all that inherited cash).

Romantic novels always lead the man to believe that he is overpowering the woman, although it's not clear that Adam overpowered Eve or Eve overpowered Adam. Original Sin, no matter how you interpret it, became the Original Self-Fulfilling Prophecy. Today, the liberated woman learns that she must choose her tactics carefully. Femininity and feminism are incompatible instincts, likely in the end to dissolve in divorce due to irreconcilable differences.

"Being female at this point in history is an especially conflicted enterprise, like Birkenstocks with Chanel, or trying to frown after a Botox injection," observes the wry Laura Kipnis in "The Female Thing." She identifies the "feminine industrial complex" which accounts for the vast investment in cosmetics, fashion and how-to manuals to trap and keep a man even when he's not worth it.

Men are eager to take what women have to give, but they're not taking the sexual revolution lying down. They have a conflicting dichotomy all their own, often shifting between macho and metrosexual. Charles LeDuff, in his book "US Guys: The True and Twisted Mind of the American Man," scolds the fashion industry for softening the sophisticated urban male. "They are creating a whole subgenus," he says maliciously: "The alpha-pansy."

A recent study cites a "substantial" drop in the testosterone level of American men over the past two decades. It's not clear why, but the usual suspects -- trans fats, global warming and, of course, feminism -- get most of the blame. The war between the sexes continues, with new weapons. Women employ the push-up bra, and men rely on push-ups and Viagra. The winner, if there ever is one, may be the sex that first makes a pact with the devil. And good luck at Harvard, Dr. Faust.