Trump Should Drain the EPA Swamp

Susan Stamper Brown
|
Posted: Aug 08, 2017 12:01 AM
Share   Tweet
The opinions expressed by columnists are their own and do not necessarily represent the views of Townhall.com. 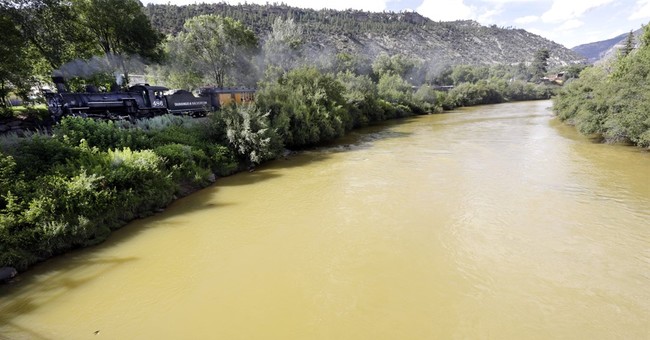 Like the road to Hell, liberal ideas are usually paved with good intentions. But, as Ronald Reagan once said, "The trouble with our liberal friends is not that they are ignorant, but that they know so much that isn't so." And all that vast “unknowledge” births monster government agencies like the Environmental Protection Agency.

Today’s EPA is an agency gone-wild, filled with environmental extremists and deep state holdovers who have little accountability for their actions. They arrogantly create rules like the “Clean Power Plan” which the Institute for Energy Research [IER] said was filled with about as much junk as the EPA and its contractors pumped into Colorado’s Animas River in 2015.

EPA’s new administrator, Scott Pruitt, visited the Animas River site August 4 saying the agency “should be held to the same standard as those we regulate.” Pruitt said the Obama administration “failed those who counted on them to protect the environment.” They also refused to pay claims to many of those they harmed due to “sovereign immunity.”

President Trump’s promise to “drain the swamp” is happening organically with employees resigning over Trump’s withdrawal from the Paris Agreement as well as his March 28 executive order mandating review of the Clean Power Plan which effectually triggers the skyrocketing electricity prices Obama promised.

The EPA claimed the plan would “save” thousands of lives, probably as effectively as Obama’s stimulus plan “saved” jobs. It was also supposed to improve the climate and our health, that is, barring more EPA-caused environmental disasters like the Animas River spill.

Environmentalists have gone bonkers over Trump mandating a review of this costly and burdensome plan, but were mysteriously silent when the Animas spill caused $400 million in economic damage when it sent 3 million gallons of tainted wastewater into rivers in Colorado, New Mexico and Utah.

We are expected to ignore that the Clean Power Plan will, at best, reduce global temperatures by a negligible one hundredth of a degree, Celsius, according to the Obama administration’s former Assistant Secretary of Energy, Charles McConnell.

The plan offers little mercy to millions of Americans burning wood to stay warm, imposing a ban on the sale and production of 80 percent of America's wood burning stoves. Forbes.com says, "Most wood stoves that warm cabins and homes from coast-to-coast can't meet that standard. Older stoves that don't, cannot be traded in for updated types, but instead must be rendered inoperable, destroyed, or recycled as scrap metal."

Or, maybe the EPA could just throw scrapped stoves down the Animas River.

In the aftermath of the toxic spill, and with infinitesimal accountability for its actions, this agency marches forward in an unrelenting mission to control our lives, one unlegislated regulation at a time.

A Wyoming man had to sue the EPA to get it off his back for building a stock pond on his property. He was threatened with $37,500 per day fines because “material” from his pond flows into other waterways. It mattered not that the “other waterways” is a manmade irrigation ditch where the water is used for agriculture. Nor did it matter that the Wyoming State Engineer's Office permitted the pond.

Certainly, the "material" from his pristine pond, fit for fish and waterfowl to flourish and cattle to drink, did not turn waterways a toxic Animas River orange.

We know by watching all those lousy pharmaceutical ads the cure is often worse than the disease. And so it goes with the EPA. Back in the 1970s, it banned mosquito-killing DDT after an overreaction to an unsubstantiated book. Scientists today credit tens of millions of needless malaria related deaths to the ban.

Seemingly, for every benefit derived from EPA meddling, there's a list of damaging side effects as long as the Animas River. If Trump wants to prove he really cares about the environment, he could start with this heavy-handed bureaucracy swamp in dire need of draining.