Why We Need Across-the-Board Tax Relief in California 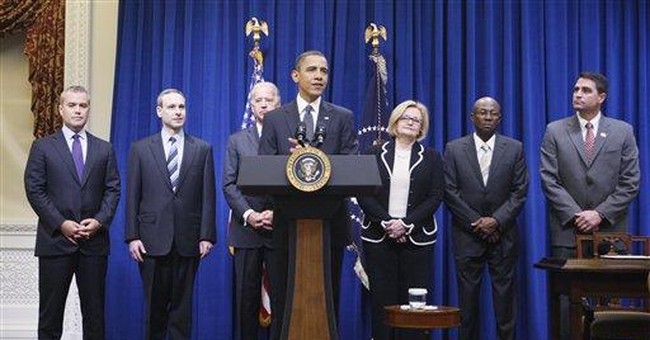 With the Obama stimulus bill destined to go down in history as a dismal failure, Americans across the political spectrum are waking up to what conservatives have known for generations: government spending doesn’t help the economy, tax cuts do.

It’s a step in the right direction. Unfortunately, the Obama Democrats are afraid to embrace across-the-board tax cuts, one of the crown jewels of the Reagan legacy. Instead, they’re calling for limited or targeted tax cuts that they claim will help the economy. But President Reagan was right, it is broad-based tax relief, not targeted tax tweaks, that fuels economic growth.

Across-the-board tax cuts are straightforward: everyone who pays taxes will pay less.

Targeted tax cuts are credits or exemptions that apply only to particular people or businesses, often under complicated rules. These targeted tax cuts increase the complexity of the tax system. Targeted tax cuts are often referred to as “tax expenditures” because they are viewed by many economists as the economic equivalent of government subsidies.

That’s why calls for targeted tax cuts most often come from the left. Targeted cuts keep the tax structure intact and allow money to be directed to interests favored by politicians and lobbyists, while keeping the same rates on everyone else.

With the 2010 gubernatorial primary on the horizon, California Republicans will have the opportunity to choose between the Reagan vision of across-the-board tax cuts or the Obama plan for limited and targeted tax relief.

California’s tax structure is a problem, and tweaking the system won’t fix it.

We won’t change that with targeted tax cuts that apply to some and not to others. How can tiny credits for a select few revitalize an entire economy? They can’t.

And with California facing its worst jobs crisis since the Great Depression, it’s not enough to rebuild a few sectors here and there. We need to reduce the tax burden on every Californian and every business in the state. Only across-the-board tax cuts will do that.

My tax plan includes rate reductions in every major category of taxation. That’s a straightforward recipe for growth. Specifically, I want a 10% reduction in personal income tax rates, the state sales tax rate, and the corporation tax rate, and a 50% reduction in capital gains tax rates. Our analysis demonstrates that when other states have implemented tax rate reductions of similar structure and magnitude, government revenues have actually gone up, driven by increased economic activity and growth.

The government shouldn’t micro-manage the economy by picking winners. It should make everyone a winner. That means lowering tax rates to jumpstart economic growth and new job creation. The lower rates in my plan will let everyone keep more of their own money, and increase the incentives to work and invest.

Whenever conservatives call for major tax reform, we expect Democrats to argue that we can’t afford it. But it’s dismaying to hear some Republicans arguing for this..

These questions aren’t just for Californians. Our state is a lesson for rest of the nation. So far we’ve set a bad example. We’ve shown what comes from a tax system that’s one of the most liberal in the nation: an unemployment rate more than two points above the national average. As governor, I will lead the charge for broad-based tax cuts that I am confident will lead to an explosion in economic growth and job creation.

Any serious, conservative plan to create jobs in California must include meaningful changes to the tax system. Please join me in sending a message to both Republicans and Democrats: targeted tax cuts aren’t enough. We need real across-the-board tax cuts that reduce the tax burden on every individual and business in California.