The New Case for Hunting 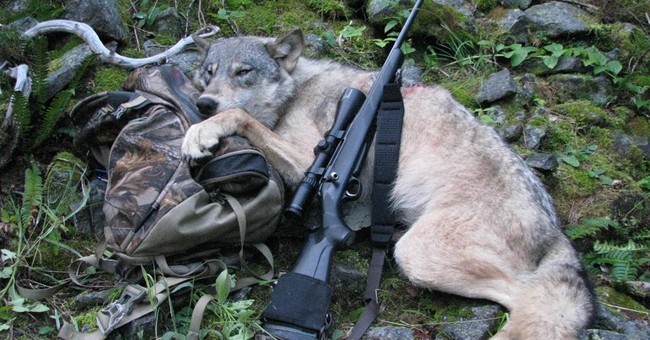 Rock Island, Ill., a city of 39,000 on the Mississippi River, provides an array of attractions, including a liberal arts college, a historic district, a casino and a botanical garden. It also offers the latest urban amenity: deer hunting.

Last month, the city council voted to allow bow hunters to harvest a species that has grown too numerous for comfort. Excessive deer herds have thronged yards, decimated landscaping and damaged cars in unplanned collisions. "We had reports of groups as big as 17," Mayor Dennis Pauley told me.

So come Dec. 13, licensed hunters who meet a proficiency requirement and obtain a permit can hunt in approved places from elevated platforms (to assure that misfired arrows go harmlessly into the ground). The program follows similar ones in the nearby Iowa towns of Davenport and Bettendorf, which have culled hundreds of animals and apparently succeeded in reducing their deer populations.

Rock Island is responding to a common problem. White-tailed deer, once hunted nearly to extinction in the state, now abound in numbers greater than when Jacques Marquette and Louis Jolliet arrived in 1673. Local officials across the country have decided that skilled archers are a cheap and effective way to stop having too much of a bad thing.

City-dwellers are not known for being fond of blood sports. As the nation has grown less rural, the number of hunters has declined. People raised on "Bambi" tend to recoil at the notion of shooting deer or other game animals. But a convergence of developments makes it more plausible than ever for the skeptical to find virtues in hunting.

One notable movement in recent years has been growing awareness of the evils of factory farming, which often subjects animals to cramped cages, a near-total lack of stimulation, cruel treatment and awful deaths. Many national restaurant and grocery chains have stopped buying from pork producers that confine pigs and hens in unconscionably small spaces.

One alternative to meat supplied by inhumane industrial operations is to become a vegetarian. Another option is to eat meat from wild animals -- taken as they roam freely over hill and dale, far from artificial hormones, antibiotics and mountains of manure.

For carnivores averse to cruelty, hunting is about as good as it gets. Unlike conventionally raised livestock, game animals move about at will, live by their instincts and avoid a terrifying journey to a giant slaughterhouse.

It may seem mean to abruptly snuff out a beast's life before its allotted time is up. But death in nature is typically far more brutal -- coming from disease, starvation or razor-fanged predators. As humans encounter deer more as pests and hazards, sentimental notions tend to give way to a clear-eyed view that puts hunting in perspective.

"What's wrong with eating animals is the practice, not the principle," wrote Michael Pollan in his best-selling 2006 book "The Omnivore's Dilemma," deploring industrial methods of meat production. "People who care about animals should be working to ensure that the ones they eat don't suffer." Every meal that features venison instead of chicken or pork is a plus for animal welfare.

From an environmental standpoint, too, human predation serves valuable ends. "The deer had chewed through the understory of the Hidden Valley (Ind.) woodlands, devastating habitat for other wildlife, and their feces were raising bacteria levels in the town lake," reported Time magazine about a town that decided to allow hunting.

Deer, however, are a petty nuisance compared to feral pigs, which now number some 5 million and which the U.S. Department of Agriculture blames for a host of ecological harms -- causing soil erosion, polluting waterways, spreading invasive plants and contributing to the decline of endangered species. The Environmental Protection Agency says a typical wild hog, over its lifetime, destroys 10 acres of wetlands.

So destructive and abundant are these pests that San Jose, Calif., decided recently to legalize hunting of them. Texas allows feral pigs to be killed all year, day or night, in unlimited quantity -- even strafed from helicopters.

In the absence of people, nature would establish its own balance among species. But having shaped (and disrupted) the natural environment so extensively, humans can't very well wash their hands of responsibility for what happens when certain species over-expand. Hunting is one way to keep wildlife numbers in check, for the good of people, plants, land and other animals.

For a long time, hunters, tree-huggers and animal welfare advocates have often operated as though they were adversaries. They actually should be allies.