Democracy and the Filibuster 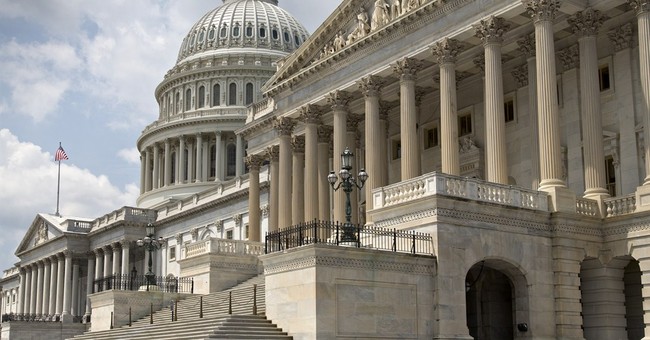 The Senate vote Thursday to curb the use of filibuster against judicial nominees, over the objections of the Republican minority, can only be seen as a terrifying development. Why, next thing you know we could be deciding all sorts of things by majority vote.

The average American may think deciding things by majority vote is the basic idea of our democracy. But say something like that, and you risk getting a lecture on how America is not a democracy but a constitutional republic, and that the framers took care not to give too much power to the people, and that they invented all sorts of devices to keep them from running out of control.

Defenders portray the filibuster as an essential check on the passions of the mob. Columnist George Will defended it in 2010 by quoting Thomas Jefferson's belief that "great innovations should not be forced on slender majorities," and expressing doubt that "a filibuster ever prevented eventual enactment of anything significant that an American majority has desired, strongly and protractedly."

But Will, like today's Senate Republicans, has not always taken such a positive view. In 2003, when Democrats used it to keep the Republican Senate from confirming the Republican president's judicial nominees, he warned of dire consequences if "Senate rules, exploited by an anti-constitutional minority, are allowed to trump the Constitution's text and two centuries of practice."

He was alluding to something important there: The filibuster, which allows 41 senators to prevent a vote, is not part of the ingenious design of the framers. It is part of the Senate rules, which did not allow it until 1806.

As political scientist Sarah Binder of the liberal Brookings Institution has noted, that was not the product of a considered judgment but "the unintended consequence of an early change to Senate rules." Even so, "it took several decades until the minority exploited the lax limits on debate, leading to the first real-live filibuster in 1837."

Those who defend the filibuster as an integral component of our system are reminiscent of the believer who distrusted modern translations of the Bible: "If the King James Version was good enough for Jesus, it's good enough for me."

There is something to be said for promoting deliberation by impeding action. But that's what the Constitution did, requiring legislation to gain the approval of the House, the Senate and the president. It also required judges to win not only the president's nomination but the approval of a majority of senators.

Under the established filibuster rule, though, a majority of senators often did not have the power to do what the Constitution says -- namely, to provide "advice and consent" on presidential nominees. A minority of members could block them from even taking a vote.

This custom was not part of the framers' handiwork; it also was not in keeping with the practice of the Senate over most of its history. From 1951 to 1961, there were only two votes to end a filibuster. From 1961 to 1971, there were 26. From 2003 to today, there were 423. What was once a last resort in rare emergencies has become a first resort in routine business.

Republicans and Democrats can debate which party has most abused the option, and which has been more hypocritical in changing its mind about the filibuster once it went from the majority to the minority or the reverse. Neither side has acted with selfless regard for the will of the people or the proper functioning of government.

The change adopted by the Senate has been dubbed the "nuclear option," as though it were unimaginably destructive. But all it destroys is the capacity of the minority party to frustrate the operation of the legislative branch. And it applies only to executive and non-Supreme Court judicial nominations. The old rules still apply to other matters.

Conservatives sometimes act as though democratic processes are something to dread. Uncontrolled, they can be scary. But under our Constitution, they are carefully regulated to prevent rash action.

The framers, however, did not intend to let the minority prevail as a general rule. They did require a super-majority vote to approve treaties, override presidential vetoes and pass constitutional amendments. Had they wanted to require 60 votes to confirm judges, they knew how to do it.

In most things, though, they chose to let the majority rule. It's not a perfect system, but there are worse ones.