Shedding Light on Stop and Frisk 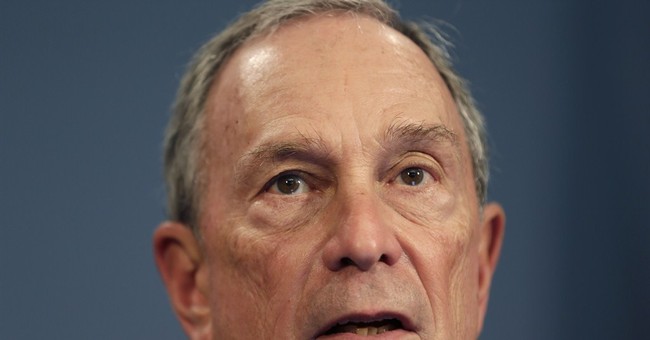 Trending
Police in Union City, Calif., used to have to investigate at least a dozen complaints a year from citizens claiming mistreatment by officers. Then the cops began wearing miniature video cameras that provide a record of their activities. Suddenly, dissatisfaction abated.

"People come in and talk about making a complaint, but then we show them the video and they moonwalk out the door," Commander Kelly Musgrove told StateTech Magazine last year. Maybe the citizens were lying before. Maybe the officers improved their conduct. But locals somehow don't find much police abuse to report.

That's not the case everywhere. On Monday, a federal judge ruled that the New York Police Department violated the constitutional rights of citizens by stopping and frisking them without a good reason and in a racially discriminatory pattern.

The NYPD carried out nearly 700,000 stops in 2011. What they generally have in common is that when the victims feel violated, it's their word against the cops'. This decision came in a lawsuit filed by 19 plaintiffs, and U.S District Judge Shira Scheindlin acknowledged the difficulty of "finding facts based on the often conflicting testimony of eyewitnesses."

But she devised a measure that will help judges make better assessments: ordering police in one precinct of each borough to begin wearing cameras. The NYPD thinks its stops are reasonable and nondiscriminatory? If so, the videos will prove it.

It can use the help. What stood out in the litany of facts cited by Scheindlin is how rarely the intuition of savvy street cops proves reliable.

Supporters of the policy will take this to prove that bad guys are scared of carrying pistols for fear of being busted. But if they are being deterred, why are cops so often convinced they are not? Shouldn't thugs who leave their guns at home behave less suspiciously than those who don't?

Unless, of course, the men in blue are deciding to stop and frisk pedestrians for reasons that are imaginary or dishonest. That, the judge concluded, is what occurs much of the time.

To anyone who has never been at the wrong end of a police encounter, being accosted may seem like a minor inconvenience. But each stop is "a demeaning and humiliating experience," Scheindlin stressed. Innocent targets testified that "stops make them feel unwelcome in some parts of the city, and distrustful of the police," she said. "This alienation cannot be good for the police, the community or its leaders."

Mayor Michael Bloomberg, however, was having none of it. He responded to the camera mandate in a way that combined hysteria with ignorance. "It would be a nightmare," he fumed. "We can't have your cameraman follow you around and film things without people questioning whether they deliberately chose an angle, whether they got the whole picture."

In fact, the cameras, which can be mounted on a Bluetooth-like headset or attached to a lapel, require no support crew. They are a minimal hassle, at most, and they vindicate good cops. A judge may not believe that someone was making furtive movements or casing a building. Video footage of what officers witnessed can confirm they acted appropriately.

It can also ensure that they act appropriately. Police who know there will be a visual record of each stop have a great incentive not to do anything out of line. Those who face resistance from suspects don't have to worry about being falsely accused later.

All of these effects explain why hundreds of municipalities across the country have outfitted their police with these devices. Even the priciest ones are much cheaper than those installed in squad cars -- and they can capture action that eludes dashboard cams.

The latter have proliferated in recent years, to the point that 71 percent of departments now use them in at least some vehicles. But Art Acevedo, chief of police in Austin, Texas, has predicted that "within the next five years, everyone will be wearing a body camera."

Video from street stops promotes the sort of transparency that rewards good behavior and penalizes bad. If Bloomberg is afraid to equip police with body cameras, they're not the problem. He is.