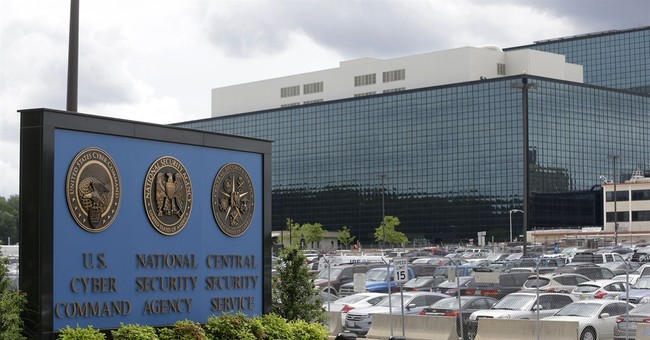 Trending
Some years ago, when tax simplification was being discussed, a cartoonist came up with the most likely way the IRS would achieve it: a postcard-sized 1040 form consisting of two lines: 1) How much did you make? 2) Send it in.

That's comparable to where Americans are headed when it comes to keeping private information away from the eyes of law enforcement, intelligence agencies and other government bodies. "Are there things you would prefer to keep secret?" the official inquiry will read. "Please provide a full list."

Actually, you already did. At least it's a fair possibility, considering that the National Security Agency has been requiring Verizon and other phone companies to turn over records of pretty much every call, domestic or overseas, going back to 2006.

If you've made a phone call in the past seven years, the NSA almost certainly is aware of it. It knows whom you called, how long you talked and maybe where you were. Seven years -- a period of serene, unbroken continuity between George W. Bush, who was correctly seen as an enemy of civil liberties, and Barack Obama, who was mistakenly taken (by me, among others) to be their friend.

Nor does the invasion necessarily end there. George Washington University law professor Orin Kerr noted that if NSA personnel "have an order for phone calls, they could also have it for emails and other electronic records." From all appearances, this may be the most far-reaching surveillance program ever conducted under our anti-terrorism laws.

But there's more. The Washington Post reported, "The National Security Agency and the FBI are tapping directly into the central servers of nine leading U.S. Internet companies, extracting audio, video, photographs, emails, documents and connection logs that enable analysts to track a person's movements and contacts over time."

Though the program legally may target only foreigners abroad, U.S. citizens may become collateral damage. Unlike the phone records sweep, though, it reveals not only who is communicating but what they say.

Remind me why we have a Constitution? Because of its ban on unreasonable searches and seizures, the government normally can get a warrant to invade someone's home and papers only if it has tangible grounds to think the person did something illegal and only if it specifies what it's looking for. Searches require what lawyers refer to as individualized suspicion.

In dissenting from a recent Supreme Court decision allowing police to take DNA swabs from felony arrestees, Justice Antonin Scalia noted some relevant history. "At the time of the Founding, Americans despised the British use of so-called 'general warrants' -- warrants not grounded upon a sworn oath of a specific infraction by a particular individual, and thus not limited in scope and application." The Fourth Amendment was intended to prevent such warrants.

The logic of Scalia's conclusion applies as well here: "Solving unsolved crimes is a noble objective, but it occupies a lower place in the American pantheon of noble objectives than the protection of our people from suspicionless law-enforcement searches."

Even experts who normally side with the government in anti-terrorism measures were taken aback by this voluminous dragnet. Brookings Institution scholar Benjamin Wittes noted that the law is supposed to allow the government to get only "foreign intelligence information" that is "relevant to an authorized investigation."

How, he wondered, is it "possible to regard metadata about all calls to and from a Domino's Pizza in Peoria, Ill., or all calls over a three-month period between two small businesses in Juneau, Alaska, as 'relevant' to an investigation to protect against terrorism"?

The obvious answer is that everything and everyone are relevant to everything, because anything could yield some clue that could conceivably solve some crime. But that view is the same one that justified those general warrants from King George III.

The problem with indiscriminate ransacking of homes and effects is not that it's ineffective in finding wrongdoing. It's that the innocent people should not be punished in the pursuit of the guilty. It's that the need to protect the safety of the public has to be balanced against preserving the privacy of the individual.

Obama thinks you really shouldn't worry about all this. A presidential spokesman offered the soothing assurance that the phone surveillance program "has been a critical tool in protecting the nation from terrorist threats."

That leaves just two nagging questions: Why should we believe you? And what have we lost?