Change We Can Remember 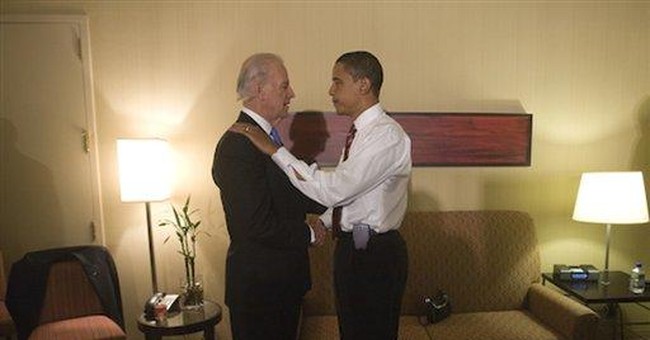 Barack Obama's campaign mantras were "change we need" and "change we can believe in." His victory, and the enthusiasm of his more ardent supporters, may suggest that Americans dream of doing what Thomas Paine proposed we do in 1776: "begin the world over again." In fact, underlying the vote is yearning to return to how things were before: before the Iraq war, before torture, before the housing bust, before the recession.

Also before George W. Bush, who has a way of reminding people why Bill Clinton, for all his wretched foibles, left office with a 65 percent approval rating. As Hillary Clinton was fond of saying of her husband's critics during this campaign: "What part of the 1990s didn't they like -- the peace or the prosperity?"

Ronald Reagan came into office in 1980 assuming he had an electoral mandate to diminish the size of government. Once there, he found that Americans are a conservative people -- in the sense of wanting to conserve what they have, especially any benefits they get from Washington. Result: The welfare state survived with little change. Obama may likewise discover that the appetite for new policies is smaller than it appears.

In his speeches, the candidate spent more time extolling the need for change than specifying exactly what form it should take. His calculated imprecision allowed voters to assume that the change he was offering was pretty much the same as the change they wanted.

As in 1980, Americans are enduring economic pain that makes them amenable to notions they might once have rejected. It's safe to assume that, like then, Americans are ready to experiment with moving in the direction the new president favors -- in this case, toward a more activist government. But it's also safe to assume that 1) they are in no mood for drastic steps that require sacrifice on their part and 2) they will support new initiatives only if they, you know, work.

Obama, as it happens, won by offering voters the same thing Reagan promised: tax cuts. Most of those who supported him did so on the assumption that they would not fall in the class of people who will have to cough up more to the IRS.

Not only that, but many voted against McCain partly because Obama successfully branded his health-care program as a tax increase. Americans are willing to embrace a bigger and more expensive federal government on one condition: that it doesn't cost them anything.

In this respect, the president-elect promises a continuation of the last eight years. With the exception of the recession brought on by the financial crisis, the biggest challenge is a vast array of commitments that have outgrown our willingness to pay for them. Living within our means is not a change Americans can quite believe in. Like Bush, Obama may hope to escape two terms without taking action on that front.

Of course, Obama would not have been the obvious choice if the goal were preservation of the entire status quo. His promises to abandon President Bush's policies on Iraq, Afghanistan, Iran, the treatment of enemy captives, health care and wiretapping contributed greatly to his success.

The most notable change he will bring, though, is the most visible one: putting an African-American in the Oval Office. But that is in large part a validation of changes that have already occurred. It's no longer a novelty that some of our most admired public figures -- Oprah Winfrey, Tiger Woods, Colin Powell, Denzel Washington -- are black.

In this respect, the presidency is a lagging indicator of racial progress. But Obama's uniqueness will make it hard to portray him as moving too slowly to bring about change. His face alone will rebut the charge.

What his admirers and his enemies have in common is overestimating how much change he would, or can, bring about. Obama is an inspiring figure, but also a shrewd conventional politician who leaves the windmill-tilting to others. He is likely to resemble Bill Clinton, without the appetites and immaturity: a pragmatic incrementalist wary of being pulled too far left.

That would probably be fine with most voters, who may love the rhetoric of change but really miss the way things used to be.