Signs of Life in the Second Amendment 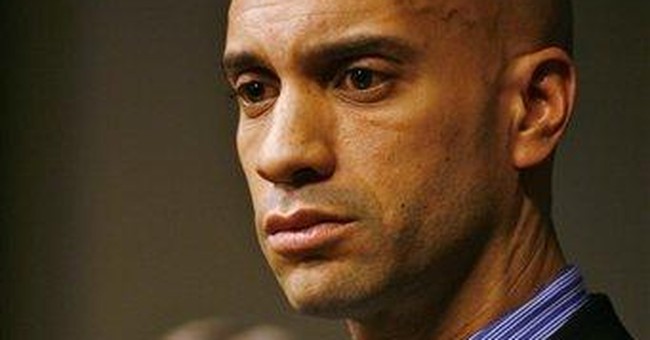 For nearly 70 years, the Second Amendment has been the Jimmy Hoffa of constitutional provisions -- missing, its whereabouts unknown, and presumed dead. The right to keep and bear arms, though treasured by many Americans, was a complete stranger to the Supreme Court. But recently, a federal appeals court did something no federal court had ever done before: It struck down a gun control law as a violation of the Second Amendment.

The District of Columbia statute in question is one of the most stringent in the country. It bans the ownership of handguns except those registered before 1976, and it requires rifles or shotguns to be not only registered but kept unloaded and equipped with a trigger lock. Such tight restrictions, the appeals court said, can't be reconciled with the Bill of Rights.

The decision does not prove that the Second Amendment is alive and well. But it does mean that, finally, we are likely to get an answer from the Supreme Court on a question that has generated endless debate: Is the Second Amendment a meaningless anachronism, or a live guarantee? The court will be confronting the issue at a time when legal scholarship is increasingly inclined to say there is indeed a right to keep and bear arms.

The full text of the provision is: "A well-regulated militia, being necessary to the security of a free state, the right of the people to keep and bear arms, shall not be infringed." In its last significant Second Amendment case, in 1939, the court didn't exactly say there was no individual right. Instead, it said the firearm at issue, a sawed-off shotgun, would not be of use to someone serving in a militia. The question of an individual right was left unresolved.

The amendment is a puzzle because of those two separate clauses, one about militias and one about gun rights. Gun control supporters generally read the first to nullify the second, while gun control opponents do just the opposite. And trying to determine what the framers meant is hard because they barely discussed the right and what it might entail.

Even some liberal constitutional experts now agree that gun ownership enjoys constitutional protection. The most notable is Harvard law professor Laurence Tribe, who once subscribed to the collective rights theory. The amendment, he writes, recognizes "a right (admittedly of uncertain scope) on the part of individuals to possess and use firearms in defense of themselves and their homes." The appeals court agreed, striking down D.C.'s prohibition of handguns in the home, as well as regulations on other guns.

It would be a stunning turnabout if the Supreme Court adopts that view. It would remove some of the most extreme laws from the books -- such as the virtually total ban on handguns in Chicago and some suburban communities. Gun rights advocates would feel sweet vindication.

But there is consolation for the other side as well. The appeals court made clear that a host of other limits on firearms possession are constitutionally permissible. States, it said, could forbid the carrying of concealed handguns, require registration of firearms and mandate training for gun owners.

So if this decision is upheld, it will not change our treatment of guns very much. Complete bans would be off-limits, but they are already rarer than white buffaloes. Most other gun control laws would remain on the books, and anti-gun groups would be free to press for additional ones.

The only obstacle would be the one that has stymied them in the past: insufficient public support. It wasn't the constitutional right to keep and bear arms that induced Congress to let the federal ban on "assault weapons" expire, or that persuaded 40 states to allow the carrying of concealed handguns. Those choices were the product of sentiment among citizens and legislators who see most restrictions on firearms as futile at best and dangerous at worst.

The bad news for gun control advocates is that the Supreme Court may adopt an expansive view of the Second Amendment. The worse news is that's the least of their troubles.