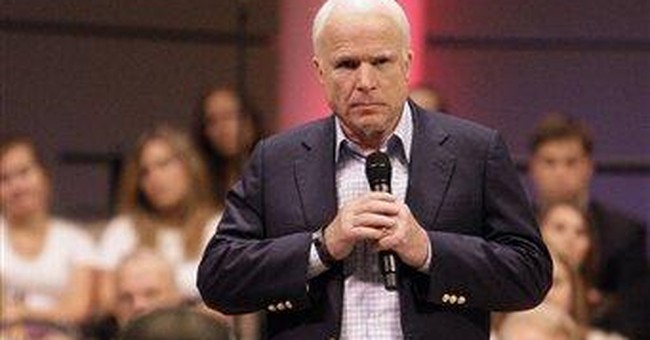 In a speech earlier this month before the Veterans of Foreign Wars national convention, President Obama said, “Since there’s been so much misinformation out there about health insurance reform, let me say this. One thing that reform won’t change is veterans’ health care. No one is going to take away your benefits. That’s the truth.” Although his statement may be true, it is at best misleading.

Neither I nor the veterans’ service organizations have asserted that the proposed healthcare reform legislation would eliminate or directly change health care provided by the Department of Veterans Affairs (VA).

However, there are a number of reasons for veterans to be deeply concerned, despite the assurances by President Obama and House Energy and Commerce Committee Chairman Henry Waxman.

Prior to the August congressional recess, the House Energy and Commerce Committee unanimously approved only two of the six changes I would like to make to the House bill, H.R. 3200.

Of the two that were approved, one would ensure that veterans and service members could choose to have additional health insurance along with the healthcare provided by the Department of Veterans Affairs (VA) or the Department of Defense (DOD). The second would ensure that VA and DOD retain decision making authority for their respective health care systems, and could not be challenged or preempted by a secretary or commissioner from another part of the government.

Despite the protections these two amendments would provide, the House bill as it stands today still would not, repeat, would not exempt veterans who receive VA healthcare from the punitive 2.5 percent tax that the bill would impose for failure to have “acceptable coverage.”

Additionally, I will seek to ensure that any new public health insurance plan reimburses VA in the same manner as other private health insurance plans. Currently, VA has authority to collect from private plans for treatment of non-service connected conditions. Limitations on the VA’s ability to collect third party payments could result in the need for additional appropriations.

The current House bill would also create a disincentive to hiring members of the National Guard and Reserve by levying an eight percent payroll tax penalty against employers that do not provide continuous health coverage to its employees. Continuous coverage for National Guard and Reserve members is not always necessary because they frequently transition to and from active duty where they have access to TRICARE.

I am pleased that veterans’ service organizations, including The American Legion, Veterans of Foreign Wars, Disabled American Veterans, AMVETS, the Wounded Warrior Project, Vietnam Veterans of America, Blinded Veterans Association, Jewish War Veterans, and the Military Order of the Purple Heart, have also expressed concerns on these issues.

While I received assurance from Chairman Waxman that efforts would be made this fall to consider several amendments to resolve these problems, the bill currently fails to protect veterans and service members adequately.