What the press saw at the Brandenburg Gate 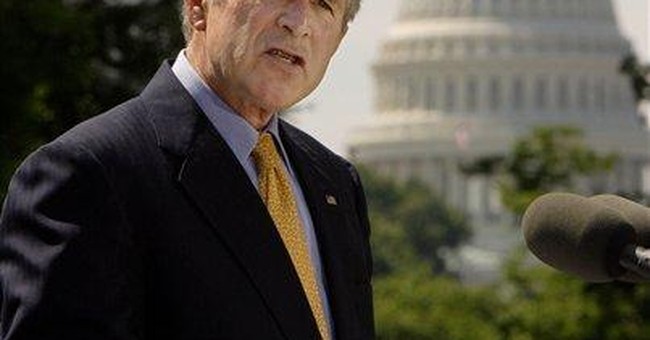 On this 20th anniversary of the day Ronald Reagan dared Mikhail Gorbachev to “Tear Down this Wall” while standing at the Brandenburg Gate, one needs only to read a few headlines from the week that followed to capture the angst of some in the Cold War press.

Much of that angst was directed at Reagan, who by June 12, 1987, had been written off as a cold warrior.

“A Potemkin President: Reagan is losing the air of authority,” declared one column in The New York Times, before the writer went on to announce that the presidency was “ceasing to function” and predict, “19 months of a surreal Presidency to go. If it lasts.” Perhaps one could call it a generation gap.

Reagan and his peers were the “Greatest Generation,” one that confronted the enemy directly and won, one that rebuilt the world after winning a world war. Many emerged with an enduring optimism.

By contrast, some in the Cold War press reported the world through gloom-and-doom eyeshades. Mutually assured destruction was a constant threat. The best that could be hoped for was containment of the wrong powers that be rather than freedom for Europe.

“Keep Germany Divided: The Dirty Little Secret Is That It Means a Europe at Peace” headlined an opinion piece in The Washington Post two days after one of Reagan’s finest moments.

“It’s just that, considered as a unified nation, in a world parched for peace, the Germans are not quite ready for self-government,” is how the Post writer ended his piece. Ronald Reagan didn’t see it that way.

Six years before challenging Gorbachev to tear down the wall, Reagan revealed his strategy in a significant way. His first gesture was proposing to lift the grain embargo in a letter to Leonid Brezhnev.

While some may have seen this as caving to the Communists, Reagan was appealing to his roots: the common man. He met the immediate need of the masses.

So when the Great Communicator challenged Gorbachev to get rid of the Berlin Wall, only a few in the press saw the significance. Others painted a worst-case scenario, focusing on what they perceived as Reagan’s legacy rather than on his appeal for freedom.

“After a lackluster European trip, Ronald Reagan turns his attention this week to arms control and deficit battling to revive his presidency,” began a June 14 Chicago Tribune news story.

Echoing Walter Mondale, the reporter cited Reagan’s age as a hint before suggesting that the president was in “political recuperation.”

Others among the American press missed what happened at the Brandenburg Gate concentrating instead on what they thought went wrong.

The day-after story in The Washington Post described the atmosphere surrounding what was perhaps Reagan’s greatest speech this way: “Even though Americans predominated in the front rows of the audience, many of Reagan’s most provocative lines received only scattered applause.”

And: “But the crowd, estimated by officials at 20,000, was about half the number that had been anticipated.”

Even in TIME magazine’s June 22 story, “Back to the wall; Reagan rallies with a strong speech,” the president was portrayed as coming in second: “For all his eloquence, the aging President was repeatedly upstaged by the youthful and suavely dynamic image of the man who was not there: Mikhail Gorbachev.”

And if that wasn’t enough, a U.S. News & World Report writer piled on: “The overall impression was of a lame-duck President who knows all too well that his dream of carving out a shining place in history is eroding into bittersweet memories.”

So while the press eyed presidential legacies, Reagan stuck to his lasting vision of freedom for the common man. And in the end, it was that vision that helped bring down a wall, freed a nation, and brought a legacy of freedom across Europe.