As the Cultural War Rages, Can We Live Together?

Star Parker
|
Posted: Aug 24, 2016 12:01 AM
Share   Tweet
The opinions expressed by columnists are their own and do not necessarily represent the views of Townhall.com. 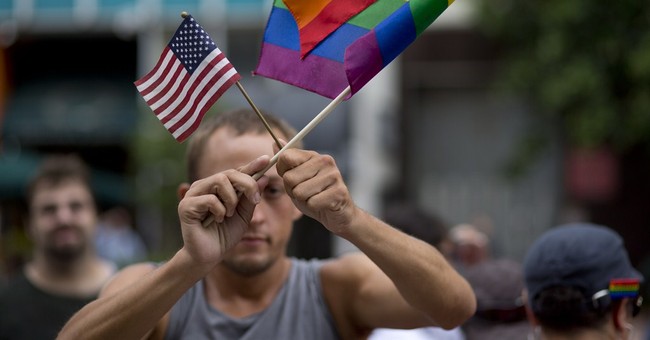 Trending
Religious liberty concerns continue to weigh heavily on church-going Americans. In a recent survey from Pew Research, 40 percent of those who reported attending church in the last few months said that clergy spoke about religious liberty.

No other issue received more attention from clergy. And not surprisingly so.

The aggressive growth of secularism in our nation, along with the natural outgrowth of this, the tendency of secularists to turn to big government to define and implement what they perceive as fair, is on a collision course with religious liberty.

Traditional church-going Americans have always taken comfort in the first amendment -- "Congress shall make no law respecting an establishment of religion, or prohibiting the free exercise thereof..." -- as government protection from outside aggression into their space.

The new secularists relate to government less as a source of protection and more as a tool of aggression, as a battering ram to force others to accept and live with values they reject.

We have had government redefine our ancient biblical institutional of marriage. And now we are witnessing the use of government power to obliterate all sense of appropriate sexual behavior.

The most recent salvo has been in California with Senate Bill 1146. The bill was designed to take on Christian colleges and universities that operate to assure that students at their institutions behave in line with biblical Christian values.

That is -- no unisex dorms, no unisex bathrooms, no public sexual behavior indicative of lifestyles inconsistent with what a biblical society expects of young men and women.

Federal law prohibits government funding for schools that discriminate against students, including on issues of sexual behavior. However, religious schools may apply for an exemption.

SB 1146 was drafted to short-circuit this exemption and to open a path for LGBT students to sue for discrimination and to jeopardize the receipt of Christian universities, and their students, of government funds.

After an intense lobbying campaign by clergy and these religious institutions, the sponsor of the bill, Democratic State Senator Ricardo Lara relented and agreed to a compromise which just requires these institutions to make public why they applied for and received their federal exemption.

Although this is one battle that is, for the time being, over, the war is just getting started. Senator Lara indicated that he wants to "take a break to really study this issue further." Similar sentiments were expressed by a legal consultant to Equality California, a LGBT civil rights group.

Among the droves lobbying against this bill was Pastor Marc Little, chief operating officer and general counsel to the Faithful Central Bible Church, a large, predominantly black church in Inglewood, California. Pastor Little also serves on the board of my organization, CURE.

Pastor Little visited offices of assemblymen in Sacramento, leaving behind a position paper explaining opposition to the proposed legislation. When he returned home, he found a profanity laced phone message from the chief of staff of one of the assemblymen he visited.

The cultural war in America is raging. And it will continue to rage regarding the ongoing elucidation of what values define America, what it really means to be free, and if we even care.

The compromise reached with SB 1146 may be a beacon for the future. We are becoming a divided nation, with many who have little in common in how we see the world. The challenge will be how we all can live together.