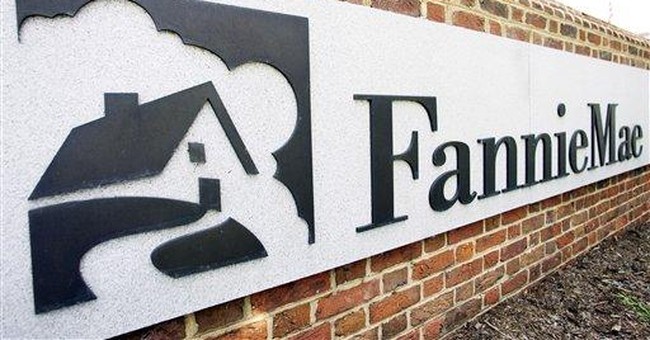 The exercise now underway in Washington to reform our financial services sector revisits what we just went through in health care. Take a problem caused by government going where it doesn’t belong and then propose to solve it by doing even more of the same.

Only politicians could conclude that our lives will be more financially secure if we create things with names like the Financial Stability Oversight Council, the Office of Financial Research, and the Research and Analysis Center.

These new entities, under the reforms being pushed, would comprise a great command center in which a whole army of newly installed bureaucrats will survey the financial horizon and do pre-emptive strikes on institutions they identify as wobbly.

Might we consider that anyone that could reliably predict and identify banks that were going to fail could become filthy rich working on their own buying and selling stocks of these institutions?

So the bureaucrats that would assume these responsibilities will either be so public spirited that they choose to forego wealth in order to protect us, or they will take these jobs pretending to do something they cannot do – that is impossible to do - and get a safe, well paying government job, paid of course by we taxpayers whom they are allegedly protecting, as part of the bargain.

Folks, the Congressional Budget Office now shows that our projected accumulated deficits for the next ten years – almost $13 trillion – totals up to almost our whole annual national output, our GDP. Now this same political class that has us, our children, and our grandchildren swimming in red ink proposes to reform our financial system to make us more safe, stable and secure.

How about the proposed Consumer Financial Protection Agency which will be part of all this reform? Another army of bureaucrats in place to make sure nasty bankers do not abuse us consumers.

But consumers are also citizens and if our politicians are so concerned about protecting us, why are Fannie Mae and Freddie Mac not even part of this reform package?

It is these government created entities that bought and insured the lion’s share of our mortgages over these years and have done so with we consumers, aka citizens, aka taxpayers, guaranteeing them. Now we taxpayers sit on the hook for trillions of dollars in debt as result of their follies.

The same politicians who spend our money, who use us to guarantee their trillion dollar social engineering schemes, claim they are going to protect us?

Lurking behind all this is the myth recently described by British historian Paul Johnson that “government treasuries can be run in a fundamentally different way from the finances of private families.”

The secret weapon of the politician is to seduce citizens into abandoning their common sense. In the famous words of Groucho Marx, “who are you going to believe – me or your own eyes?”

The way to protect citizens and consumers is simple and basic. Have law that protects life and property, understand it to be sacred and inviolable, and enforce it.

For those that read the Bible, it’s the eight commandment. Thou shalt not steal.

According to one, we live in a nation with God-given law – rights in the language of our Declaration of Independence - and the role of government is to enforce this law.

In the other view, we elect politicians and give them authority to make it all up as they go along.

We’ve been living a lot of years trying to do both. Now things are just too out of hand.

We’re going to have to decide which it is and who we are. This will determine our future.