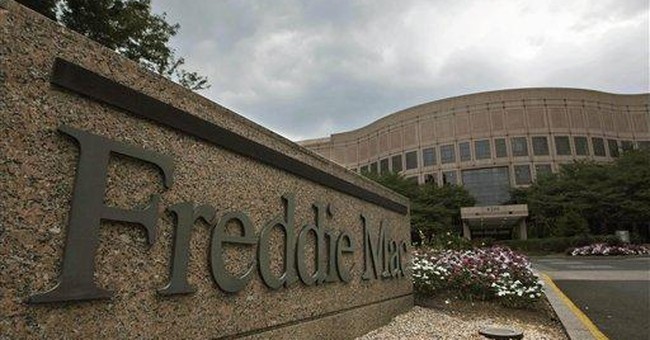 A key feature of the housing bill that President Bush just signed into law was the federal bailout of Fannie Mae and Freddie Mac.

These are the two taxpayer backed "Government Sponsored Enterprises" that own or guarantee almost half of all mortgages in the country.

Of the many words written about this bailout, those in a New York Times op-ed by William Poole, former head of the Federal Reserve Bank of Saint Louis, contain one of the most relevant and powerful messages:

"Critics of the congressional housing package complain that we are now committing taxpayers to huge new outlays to rescue Fannie Mae and Freddie Mac. That view is wrong: Congressional inaction over the past 15 years had already committed taxpayers to the bailout."

Paul Gigot of the Wall Street Journal reviewed in his paper the coverage that it had been giving since 2001 to the rot inside these two entities.

Gigot also points out that, despite the rationale that we allegedly need these taxpayer-backed enterprises in order for those of modest incomes to get mortgages, in 2002, Fannie Mae "was able to pay no fewer than 21 of its executives a million dollars," and in 2003, its CEO, Franklin Raines, who was ousted for financial shenanigans at the firm, was paid $20 million. And, he left with a $25 million retirement package.

Consider, for starters, what all this tells us today about the man who promises to clean up Washington, Sen. "Change We Can Believe In" Barack Obama.

Raines is reported to be currently serving as an informal adviser to the Obama campaign on housing and mortgage issues.

Raines' predecessor, James Johnson, also the beneficiary of tens of millions in compensation running this sweet deal, where company executives share the risks with taxpayers but not the profits, was Obama's choice to head his vice president vetting team. After howling from the press, Johnson stepped aside.

During the time when the Wall Street Journal, among others, was writing about the improprieties at Fannie Mae and Freddie Mac, both entities paid out a reported $170 million to lobbyists to keep Congress disinterested. And they succeeded.

None of this seems to present a problem for Obama. The man who campaigned through the primaries about slaying lobbyist dragons in Washington appears quite at home with those who benefited from these lobbying efforts.

Now he has given the Full Monty embrace to bailing out Fannie Mae and Freddie Mac and keeping them propped up forever by us taxpayers. And, even making them more influential by raising the size of the mortgages they can guarantee.

Say what you wish about John McCain, but he's said and written that Fannie and Freddie should be sliced, diced, and privatized. This is a position held by many respected economists, including Poole, who writes in a New York Times op-ed that what they claim to need government guarantees to do, the private market can handle quite well, thank you.

Beyond the presidential campaign, consider why barely 10 percent of Americans express confidence in Congress.

Congress ignored for years the festering problems at Fannie and Freddie, despite lights shined on these problems. Now we taxpayers (you and me) are exposed to some $5 trillion of their debt.

Unfortunately, this political irresponsibility is the rule rather than the exception.

This is the same Congress that woke up one night to discover 12 million illegal immigrants in our country.

And the same Congress that continues to ignore the $50 trillion or so (whose counting?) in unfunded liabilities of Social Security and Medicare.

The pathetic dynamics are quite clear. Being honest about problems means taking responsibility and making hard decisions. Why do that when you can ignore them, let them fester and grow, and pawn them off on the next generation when you will be long gone?

Government -- federal, state, and local -- now takes about one of every three of the dollars we produce. Estimates are that by mid-century it will be more than one of every two.

Are we going to be in rocking chairs telling our grandchildren how we remember when America was a great country?

Did You Notice Kamala Harris At That Infrastructure Announcement?
Townhall
'The a** whooping of facts': Christopher Rufo fact-checks Joy Reid on Critical Race Theory in must-read thread
Twitchy
Biden Threatens to Nuke Americans but Manages to Blow Up a Big Democrat Narrative Instead
Redstate
The Systemic Con Behind Wokeism
PJ Media