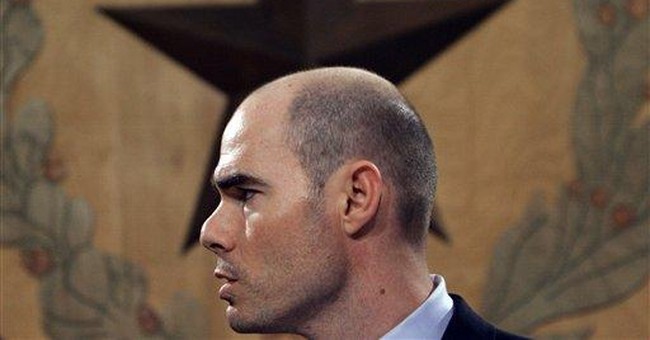 It is unfortunate that so much of the discussion about how to deal with poverty in our country consists of well-meaning people talking past each other.

To state the problem in its starkest terms, one side sees those in poverty as unfortunate victims of circumstances. The other side maintains that, while granting that circumstances are often beyond our control, every individual must bear responsibility for their own life.

The one thing we do know is that as a nation, we're not handling the problem well. This is clear by the extent to which poverty persists and by the huge amount of funds that we spend to bear the direct and indirect costs of it.

Medicaid, the federally and state funded program designed to pay for health care for around 45 million of the nation's poor, is a major case in point.

Watching the program is like standing helplessly on the wrong side of a cascading avalanche. You see it escalate and grow, with a sense of inevitability that at some point it is going to take you under.

Aside from the alarms that go off from the growing and massive spending, another fact should set off an alarm. That is, at 22 percent of state budgets nationwide, spending on Medicaid now exceeds state budgets for education.

Recognition of this gets us on one important track for thinking about the problem.

There is another important theme.

It all converges in the following way.

Take the case of the new HPV vaccine against strains of the virus that can lead to cervical cancer. I've been writing a lot about this because it drives home so many of the mistakes we are making in how we deal with health care and poverty.

As anyone who has been reading about this knows, most states are struggling with the question of whether to mandate this vaccine for preteen girls.

If they do, where is the money going to come from to pay for providing the vaccine to the hundreds of thousands of girls from poor families? Of course. Medicaid.

The state mandates the vaccine and the Medicaid cash register rings, making payments to the drug company supplier Merck for each shot.

But consider that it is reported that, of the 3,700 deaths in the United States from cervical cancer last year, it is estimated that about 85 percent of the cases were women who never got a Pap smear.

Pap smears, which are recommended annually, provide detection of the presence of pre-cancerous conditions leading to cervical cancer that can, when detected, be treated.

That leaves risk exposure of about 500 deaths per year from cervical cancer if possible prevention by Pap smear were taken into account. The annual revenue projections to Merck for sales of the Gardasil vaccine for HPV are between $2 billion and $4 billion. A good chunk will come from our Medicaid tax dollars.

The risk exposure is disproportionate among low-income women. They are the ones most likely not to get a Pap smear and most likely to have multiple sex partners, which is how the virus gets transmitted. It should be clear that the problem we're contending with is more accurately defined as one of human behavior rather than health. Our well-intentioned Medicaid dollars are really picking up the tab for irresponsible behavior.

This logically gets back to the education question. Specifically, where is it? And, recall that we are now spending more on Medicaid than education.

Educators in our public schools may well claim that they are telling these girls about Pap smears, and that may well be the case. What can you do if the girls ignore what they are told, and if their families, which are more than likely single parents, are not properly engaged?

And how about the part about sexual behavior?

We need to consider what we are doing to our poor children in that we will not even permit them the choice to go to a church school where they can learn the values that will help them live, prosper and change what now is the inevitable direction of their lives.

This is where the conflicting views on poverty converge. These kids are victims. But we are irresponsible as a society in that we refuse them the opportunity to learn what it takes to take responsibility for their own lives. And we are paying the tab for this. Big time.