Jim DeMint was born and raised in Greenville, South Carolina, where he became an active volunteer and community leader. After graduating from Wade Hampton High School (named after South Carolina’s 34th U.S. Senator), he earned his Bachelor’s degree from the University of Tennessee and received his Masters in Business Administration from Clemson University.

In Congress, Jim has fought to restore our founders' vision of limited government with personal freedom and responsibility. He believes the best way government can be true to that vision is to return dollars, decisions and freedom to our communities and families. His priorities in Congress include supporting President Bush in the war on terror, saving and strengthening Social Security, making health care more affordable and accessible, reducing taxes and reforming our tax code, and empowering parents with more education.

Jim and his wife, members of the Presbyterian Church of America, live in Greenville, South Carolina with their four children. 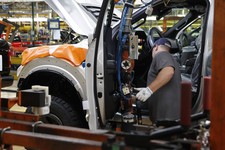