The Democrat’s PEPFAR Goes Too Far 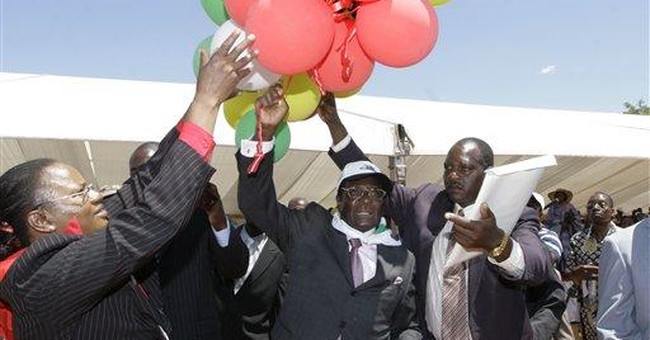 This week, the House Foreign Affairs Committee is expected to address the Democrats proposal for the President’s “Emergency Plan for AIDS Relief,” otherwise known as PEPFAR. At first glance this legislation looks to be critical in the world’s fight against AIDS and HIV. More than 25 million people have died from AIDS and many lawmakers want to extend this compassionate effort, but sadly this proposal does not help the people of Africa, it only hurts them.

The Democrat’s PEPFAR bill creates a massive loophole that would allow funding for abortions and abortion services. In 2001, President Bush reinstated an administrative policy, known as the Mexico City Policy (MCP), which prohibits the United States from funding any foreign nongovernmental organizations (NGO) that performs and or promotes abortion. Unfortunately, two years later, the Bush Administration issued a memorandum stating that the MCP does not apply to PEPFAR. They argued that any organization that was currently able to provide AIDS relief needed to receive funding as quickly as possible. Before any PEPFAR legislation is passed, the MCP policy must be applied to the funds.

Under the current proposal, the Democrats have integrated “family planning” with HIV/AIDS relief efforts in Africa. Since the Mexico City Policy does not cover such funds, this U.S. money would be available to abortion providers under this new integration.

To make matters worse, this legislation also requests a $35 billion dollar increase for PEPFAR with little accountability for the increased expenditure. The Democrats removed a “treatment floor” provision, which specified that 55% of PEPFAR money must go to the treatment of HIV/AIDS patients. By excluding this, any percentage of funds that the United States sends to Africa could be used to fund abortions, pay the salaries of bureaucrats, or foot the bill for government employee trips and conferences. There are no checks and balances for how the money is to be spent.

The Democrats hope to pass this bill by masking it as an AIDS relief package for Africa. But I and other House Conservatives see right through their guise. This bill is nothing more than a deceptive ploy to use billions of taxpayer’s hard-earned money to purchase the death of the unborn. I hope the Democrats are happy with themselves, because this is just down-right disgusting.