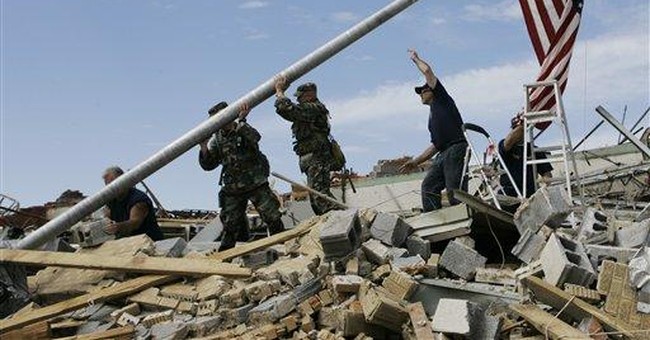 The men and women who wear the uniform sacrifice their lives, comfort, and safety to fight for the continued security of our democracy. While Americans back home in the United States benefit from our nation’s freedom, it is the servicemembers who ensure it still exists. And, the men and women who we used to know as Weekend Warriors are an increasingly important part of our every day fighting force.

Major General Glenn Rieth, Adjutant General for my home State of New Jersey, cited the increased use of our Guard units for the Global War on Terror, in a recent issue of the NJ Guard magazine, Guardslife: “This historic mobilization, the largest since World War II, confirmed there is no turning back to the days when the National Guard was considered a Strategic Reserve. We are now an Operational Force that the nation depends on today and tomorrow.”

In that same statement, General Rieth noted the historic recruitment levels for the Guard in 2006 – the second highest in history. These men and women serve out of a sense of duty and patriotism, and it is incumbent upon us to thank them with both our words and our actions.

We too often forget that when National Guardsmen or Reservists are called overseas to fight in combat, many leave behind a good-paying job, family and children. Their departure places significant financial burdens on the families they leave behind. This means that the spouses of individuals serving overseas are not only worried about the safety of their loved one, but also how the bills will be paid and the children will get fed. Coupling the financial burdens with the emotional burdens of deployment can be crippling for many of these families, and they deserve what help and support we can provide.

Service members in combat zones are afforded a special tax break for their combat pay. It seems the least that we can do for the extraordinary sacrifices they make on our behalf every day. This tax break is good public policy, but it can be better. I recently authored two bills that try to improve upon this financial assistance and ease some of the burdens military families face.

The Strengthening America’s Military Families Act of 2007 would allow for the spouses of these service members to claim that same federal income tax exemption for money they earn while their loved one is in the combat zone. The Armed Forces Tax Relief Act of 2007 would not only make the service member’s combat pay exempt from income tax, but also from payroll taxes for Medicare and Social Security, which can be significant. These brave men and women would literally earn their pay tax free.

These bills would put a little extra money into the pockets of the individuals who are risking their lives for America’s freedom and would ease the burdens that their families face every day because of the risks they take. These small tax exemptions do not compare to the sacrifices our servicemembers make for our freedom but it is a small gesture we can make to show them our support.