Earmark Reform: A Victory for Taxpayers 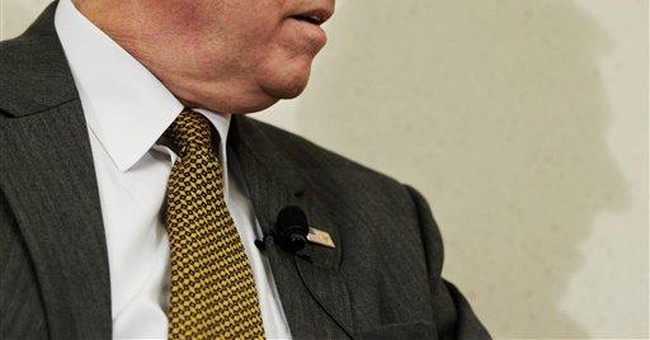 House Republicans have been working hard to fight for the American taxpayer. As you may know, we recently stood firm and forced the new House leadership to stick by their promises of transparency and accountability in federal spending; specifically, to stand by their promises of earmark reform.

The entire process of spending should be open and transparent – all spending should be subject to full public scrutiny and debate, but that is especially true of earmarks, which have far too often been used by members to curry favor with special interests and or voters. You may recall the infamous Bridget to Nowhere? This project spent millions of your tax dollars to build a bridge in Alaska that would serve only a few dozen people. It’s projects like this that must be stopped.

In November of 2006, Rep. Steny Hoyer – our new Majority Leader – claimed that Democrats would “adopt rules that make the system of legislation transparent so that we don’t legislate in the dark of the night, and the public and other members can see what is being done.” Speaker Pelosi went as far as to say “we will bring transparency and openness to the budget process and to the use of earmarks, and we will give the American people the leadership they deserve.”

Well, our new House leadership talked a good game. But, when push came to shove, leadership only provided the American people with another in a string of broken promises. When the first spending bill came to the House floor, the Appropriations Committee chairman announced—with the full support of his leadership—that all spending bills would include slush funds of undesignated money that would later be used for earmarks without being open to debate. That would mean that not one earmark would be subjected to scrutiny. Under the Democrats, there would be no transparency and no accountability in the spending process.

We used every procedural tool available to us to force leadership to return to the high standards passed with bipartisan House support in January. And, we were successful. All spending bills will now move forward with earmarks fully disclosed and subject to debate on the House floor. There will be no more bridges to nowhere air-dropped into bills in backroom deals and no more secret earmarks. If a Member of Congress wants to request such funding, he or she must be prepared to explain why that project deserves priority taxpayer spending.

We were victorious for the American taxpayers, but this fight isn’t over. We will continue to stand up for transparency and hold the Democrats to earmark reform that is fair and open with the American public.