Sandy Froman is the immediate past president of the National Rifle Association of America, only the second woman and the first Jewish American to hold that office in the 136-year history of the NRA. Froman has served on the NRA Board of Directors since 1992 and holds a lifetime appointment on the NRA Executive Council.

A native of San Francisco, Froman is an international speaker for the right to keep and bear arms. Froman promotes the NRA as a civil rights organization, dedicated to the protection and advancement of the Bill of Rights, and the role of the Second Amendment right to keep and bear arms as an insurance policy for all civil liberties—the one right that protects all the others.

As NRA president, Froman emphasized the need for federal judges who interpret and apply the Constitution—as well as any other legal document—according to its original meaning. She also speaks of the right to keep and bear arms as especially important for women and minorities, seeking to reach those constituencies with her message of self-protection and self-sufficiency. Experienced in long-term nonprofit planning and past president of The NRA Foundation, Froman has also been heavily involved in NRA’s long-term strategy to permanently fund NRA’s educational, training and charitable programs.

A graduate of Stanford and Harvard Law, Froman is a practicing attorney in Tucson, Arizona, has been a partner at several law firms and has taught law school. She currently serves on the board of visitors of the law schools of George Mason University and the University of Arizona. 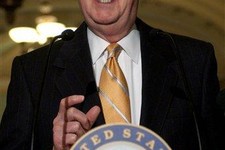 McConnell Halts Senate Over Judges
By Sandy Froman
On May 22, Senate Minority Leader Mitch McConnell gave a speech about judicial nominations in the U.S. Senate, calling out ...
June 06, 2008 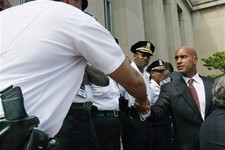 Guns and Judges: Electing the Supreme Court in 2008
By Sandy Froman
The political “hot button” issues of guns and judges have become intertwined in this election year. The fate of both ...
May 15, 2008

A Former NRA President’s Tribute to Charlton Heston
By Sandy Froman
As someone who served as a vice-president under Charlton Heston during his five-year presidency of the NRA and to have ...
April 08, 2008 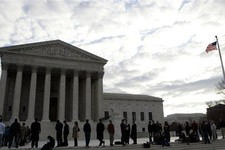 Candidates Must Trump Justice Department in DC Gun Case
By Sandy Froman
The Bush administration missed a golden opportunity to stand up for the Second Amendment when it filed a Supreme Court ...
January 15, 2008

Supreme Court Will Decide Meaning of Second Amendment
By Sandy Froman
On November 20, the Supreme Court announced that it would hear the case of District of Columbia v. Heller. ...
November 21, 2007

Getting the Gun Vote
By Sandy Froman
As the premier organization representing American gun owners, the National Rifle Association (NRA) has taken center stage in the ongoing ...
September 28, 2007 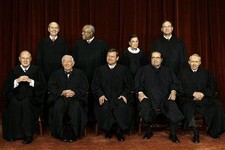 Why You Should Care About Parker v. District of Columbia
By Sandy Froman
There is a case working its way to the Supreme Court that might settle one of the biggest unanswered ...
May 01, 2007
Commentary Archives
CARTOONS | AF Branco
View Cartoon