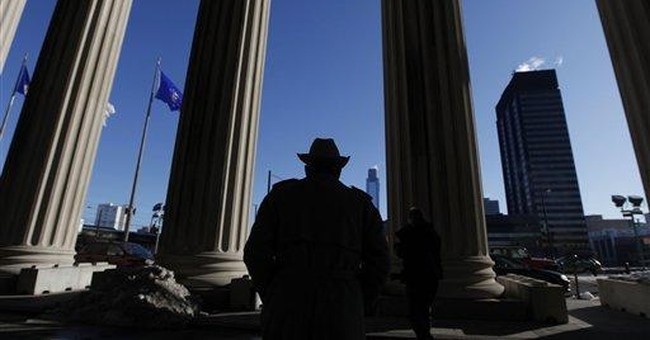 Pennsylvania’s congressional, U.S. Senate and gubernatorial races are without question the bellwether for this fall’s midterm elections. Yet the results of state legislative races will impact the state’s political future more than the other races combined.

That’s because politics’ favorite cyclical math equation (aside from figuring how to count super delegates) is gerrymandering, and it is back to add to the drama until the 2012 presidential election – as if politics needs any more high drama.

Thanks to sluggish population growth, the U.S. Census Bureau estimates that Pennsylvania will lose at least one congressional district when redistricting lines are drawn next year.

The state legislature controls that process, so the nation will focus on who wins control of the state house.

Political academics Isaac Wood and Lara Brown both see Pennsylvania receiving more state legislative attention (and outside cash) than most states, “because the party balance is so close to equal and the course of redistricting will be changed by who holds control of the chamber,” explains University of Virginia’s Wood.

Democrats hold a 104-99 margin over Republicans in the state House.

The party that controls gerrymandering can use three weapons: “packing” (concentrating a group of voters, such as blacks, into one district), “cracking” (diluting a strong majority), and “pairing” (forcing two incumbents into the same district).

The word "gerrymander" comes from a partisan redistricting map drawn by former Massachusetts Gov. Elbridge Gerry in 1812 in order to help the Democratic-Republicans – Thomas Jefferson's party – enter into what traditionally was a state run by the Federalist party of native-son John Adams.

Brown, of Villanova University, says that in recent decades incumbents and their parties have engaged in more "packing" to secure the seats they already hold and to concentrate the competition into a few districts that they then try to "crack."

“That is because it is cheaper to wage an all-out war in a few places than it is to compete all over the state, and have to buy all of that media,” Brown explains.

In 2002, Republicans, especially those in Pennsylvania, were proud of the gerrymandered maps they produced. The state lost two congressional seats that year, thanks to population dips and reapportionment, dropping from 21 to 19 districts.

With Republicans in charge of the state House, they managed to redistrict the state in such a way that four Democratic incumbents were "paired" against each other.

It was a redistricting plan Republicans believed would allow them to hold the majority of the state’s congressional districts throughout the decade.

“And they were right - for the first few elections,” quips Brown.

The 2006 elections brought a major change - four Republican incumbents lost (Hart, Fitzpatrick, Weldon, Sherwood). In fairness, two of those losses more likely were related to the incumbents' scandals (Sherwood and Weldon) than to redistricting vulnerabilities.

The other two districts simply were competitive, vulnerable to swings in voter sentiment.

Republicans perhaps should have been wiser about making safer the seats they held in 2000, rather than trying to extend their reach or to maximize the number of GOP seats in the state’s congressional delegation.

Brown says Republicans in Harrisburg, in the last redistricting, probably overreached: They either dispersed Republican voters into too many districts or did not do enough to shore up those GOP districts that were clearly competitive and vulnerable to national waves running against the party.

Yet Keystone College political scientist Jeff Brauer throws a wrench into everything with what he calls “the X Factor” – the continual rise of independent voters.

“For the past several decades, American voters have identified and attached themselves less and less with either major political party,” Brauer says.

Blocks of independent voting areas make it more complicated to identify Republican versus Democratic districts, so necessary to successful packing, cracking or pairing.

Brauer says the inherently fickleness of many independents, who can be easily swayed in their electoral choices by the 24-hour news cycle, makes it very difficult to predict partisan voting behavior which is at the heart of successful gerrymandering.

“As usual, this state is in for a wild ride, and they largely have the Republicans who drew the map in 2002 to thank for that,” says Brown.