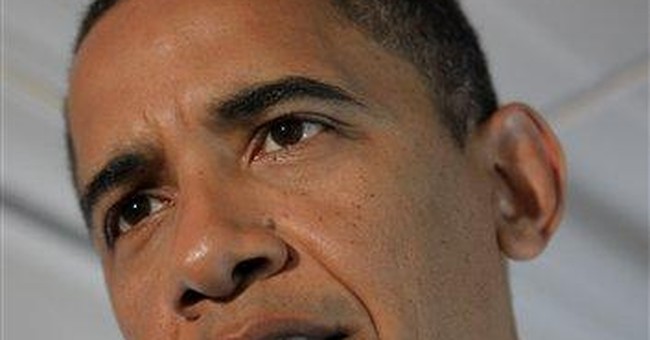 Yet over at Gallup, the daily tracking poll showed the two presumptive presidential nominees remain in a statistical tie, although early last week Obama did start to break a nickel ahead of McCain.

The question that arises for the average person watching this race is, why the zero to 15-point difference in polling data? Is one poll more accurate than the other?

“All polls are not created equally,” says Republican pollster Neil Newhouse. “How a poll is conducted and its attention to detail is extraordinarily important.”

Newhouse explains that accurate sampling is critical and the lack of it explains the wild differences in polling data.

“Senior citizens represent around 21 percent of the electorate, yet some polls include far more than that percent in their polling simply because seniors are easier to reach on the phone,” he says.

“Ignoring details like that can skew results from poll to poll,” says the Democrats’ legendary media consultant Dane Strother.

Another reason why early polls are all over the map “and downright suspicious,” Strother says, is because people don’t know what the “screen” is.

Simply put, a screen is who is or is not allowed to participate in the poll.

Without knowing the screen or the way that questions are phrased, Strother says you really can’t tell if a poll captures a true reflection of attitudes, “which explains why these polls are all over the place.”

Newhouse and Strother agree that the only polls that are truly accurate must have “likely voters” asked the question as part of the equation, not just the ambiguous “adults,” which are the easier of the two to sample.

Newspaper polls typically are described as “snapshots in time” that do not account for the ongoing flow of a campaign. Consequently, they can spike in one direction or another, depending on the news being reported during the survey period.

For example, a survey conducted on the Friday and Saturday of the “Unity” event in New Hampshire would be tainted by Sen. Hillary Clinton’s endorsement of Obama.

In contrast, the Gallup poll is a “tracking survey” that is taken nightly, reflecting the mood over a three- or four-night period -- and resulting in a more even view of the electorate and its impressions of the race.

Then there are “push” polls, which are not really polls at all. Instead, they’re a mechanism designed not to determine voters’ opinions but to disseminate negative information about a candidate in order to move voters away from that candidate.

One of the flaws in polls is how they are weighted and what makes up the sample; if a pollster oversamples a party or demographic, the result is misleading numbers. There also is the sticky situation of how a pollster determines turnout, a not-so-scientific exercise that requires being able to measure intensity among voters -- which is about as easy as capturing lightning in a bottle.

Newhouse and Strother agree that polls right now have zero value, expect perhaps for the guy on top who can send out press releases touting his lead.

This year, because Americans will have the option to vote for the first black president, race will be yet another factor in deciphering voter trends.

No one has done more research on blacks in political campaigns than Strother, who has consulted against former Ku Klux Klan leader David Duke in Louisiana; he understands the complexities of polling during a campaign with race as part of the equation.

“No one wants to be seen as a bigot, especially someone who is not a bigot, but neither do those that are,” he says. “Sometimes there is a fear as a pollster that you are being told what people think you want to hear.”

That offers a good gauge of how someone will vote, he says, because “their answer is very telling about their otherwise closely held views.”

Yet for all the science that will go into trying to analyze what will happen, the answer may lie in one simple question: How badly do we really want change?

While that question seems to favor Obama, especially given today’s economy and President Bush’s unfavorability, “change” remains one of those tricky words that mean a whole lot of different things, positive and negative, to different people.

It’s all in the delivery -- just ask any pollster who has used it in a survey.