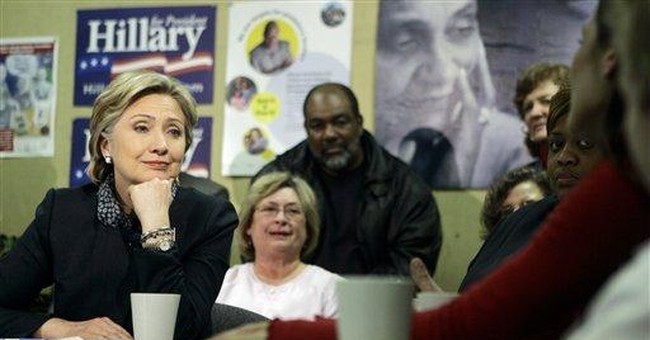 Of the cluster of primary dates calculated in advance to be a deciding factor in this year’s race for the White House, Ohio never was one.

Located at the back of the primary pack, with Texas at its side and Pennsylvania even later, Ohioans had no level of expectation to make their mark in presidential politics.

“Not only is Ohio now a player for the Democrats,” says John Brehm, professor of political science at the University of Chicago, “it sets the table for neighboring Pennsylvania.”

In other words, what happens in Ohio on March 4 does not stay in Ohio. With similar demographics and voting patterns, the Buckeye State may significantly impact the Keystone State by giving one candidate invaluable momentum before Pennsylvanians go to the polls on April 22.

Paul Beck, professor of political science at Ohio State University, says it is too early to predict who will win Ohio, but to know the voters there and their issues is a good start on calculating the outcome.

“We are probably very representative of Democratic constituencies that you see across the country,” Beck explains. “We have a substantial black population in our major cities, a small but growing Hispanic population and a lot of blue-collar Democrats.”

Beck says Ohio is a state where voters are less ideological than those in some other states, very pragmatic in orientation. “So a hyper-liberal Democrat does not tend to do well here. In general, (Ohio) voters have a huge middle ground.”

The most recent polls show Hillary Clinton could get back her groove in Ohio.

A SurveyUSA poll, released Tuesday, gave her a 56 percent to 39 percent lead over Barack Obama. Much of that lead was due to white voters and strong support in the central and eastern parts of the Buckeye State.

In this Rust Belt region, the big issue for voters is the economy.

“It is much more exaggerated here than in other states,” Beck says. “Ohio is second only to Michigan in auto-sector jobs, so we have felt the restructuring pinch, our foreclosure rate is high and our unemployment rate is at 6 percent.”

To date, Clinton has held the upper hand on the economy. January exit polls showed her base -- the elderly and lower- and working-class voters -- favored her on that issue. But that Clinton constituency has eroded; exit polls in last week’s “Potomac Primary” showed Obama gaining credibility on the economy.

Democrat strategist Mark Siegel says that for Clinton to win Ohio, she has to talk specific, short-term solutions, not just long-term ones.

“Hillary needs to craft a very strong, almost populist appeal, near Edwardian” -- meaning John Edwards -- “in that it may have to border on class warfare,” Siegel says.

Evidence of Obama’s ability to win Ohio may be seen this week in Wisconsin.

“While the situation is not identical,” Siegel says, “it is a Midwestern ‘purple state’ that has a lot of labor people and blue-collar ethnics, so it may tell us something about the potential for Ohio.

Beck believes that understanding voters and their issues is important but, in the end, it will come down to who Ohio Democrats think can win the general election.

“Remember, they have lost to (George) Bush twice by narrow margins in this state,” he explains. “They want a win, so the thing that looms large between Obama and Clinton right now is electability.

“One of the criticisms of the Clinton campaign has been that she has generated a lot of negatives” he says. “She may have maxed-out her welcome mat.”

Yet Beck warns not to expect a Clinton loss in Ohio to necessarily keep her from going on to Pennsylvania in April: “It would be tough, our voting patterns are very similar, but the Clinton family is very persistent.

“Plus," said Beck, "there is always the chance that Pennsylvania Democrats might be persnickety and put the stop to the Obama momentum.”