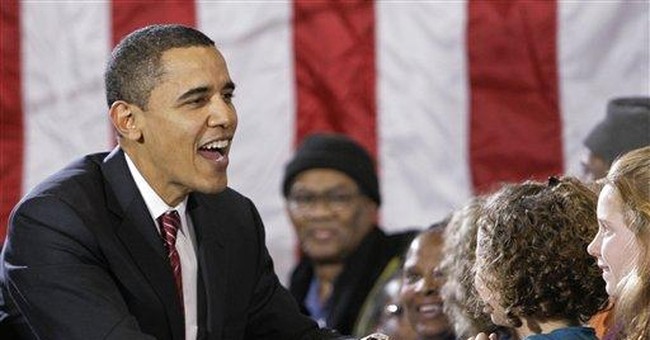 Manchester NH: In the latest rolling polls from RealClearPolitics Barack Obama has moved to within a hair of Hillary Clinton. While that is news standing on its own, it is particularly interesting news given that Obama has gone and done the remarkable: tread on Clinton’s turf.

For just about forever Hillary Clinton has owned Granite State Democrats. She has dominated the political scene here ever since her husband’s first two runs for president in the 1990’s and has held tight to that rolodex of relationships.

So for Barack Obama to come into this ‘first in the nation’ primary state, armed with staffers that are not home grown New Hampshirites and usurp the ‘incumbent’ candidate Clinton's power base is fascinating to behold.

If he wins New Hampshire it will re-write the political story of 2008.

What has eroded Clinton’s once-lofty lead in her adoptive state? Mostly message and perceptions.

“When you are the establishment candidate or the inevitable candidate you are always going to be vulnerable to a challenge by someone else that is promising change,” said Democratic strategist Steve McMahon.

“That is just the nature of politics.”

Bottom line, says McMahon, “She is vulnerable to any candidate that is the change candidate, because she has run the establishment campaign.”

Ryan Gray, 29, a former Marine who served two tours in Iraq, is now serving a different type of public service: volunteering at the Obama campaign headquarters in Manchester.

Gray, a member of the steering committee for Veterans for Obama, traveled to the Obama headquarters with his seven-month-old son Sean to make calls today for Barack Obama.

His attraction to Obama’s campaign was as simple as McMahon’s description, ‘change’.

“It really is that (change)…when I heard him speak at the Democratic convention in 2004 I knew that he was someone who could lead people in a different direction.”

Gray is volunteering because he wants to make a difference. Gray was not alone, in a room filled with over a hundred volunteers that came in all shapes, sizes, shades and ages Obama is clearly the candidate with the energy right now.

Says Republican strategist Charlie Gerow “he has energized people like no one since Bobby Kennedy.”