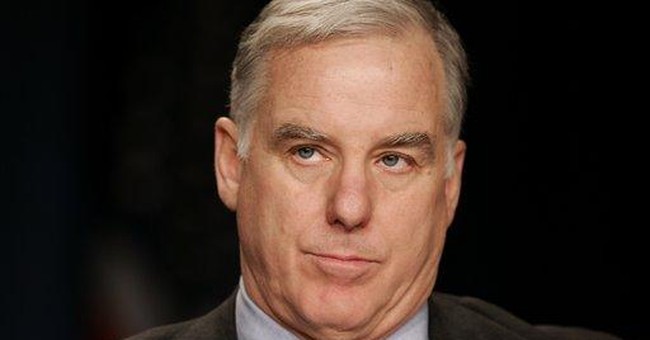 Most elections are decided by 5 percentage points or less. So if a political party can affect voter turnout, then it can affect outcome. Just ask any Republican who lost his or her seat by fewer than 5,000 votes in the 2006 midterm elections.

Twenty years ago the GOP made a long-term commitment to build its organization in places where it had no business running candidates. That commitment became the template for Democratic National Chairman Howard Dean’s “50-State Strategy,” which coordinated organizers for each state party. It broke the red-color line by funding and manning organizations that hadn’t seen a healthy Democrat candidate in decades, if ever.

Dean now is taking his strategy to the next level with the DNC’s "Election Protection Project."

“We have staff in all 50 states. We are asking that staff to contact every local county election official so that we can know what the rules are ahead of time,” Dean said recently in an interview in Pittsburgh.

Dean’s plan is to track every single voting machine.

“We want to know how each county allocates the voting machines, what the rules on absentee ballots are, what the rules on early voting are, how they are administered in that county,” said Dean. When the 2008 general election rolls around, “we will know well ahead of time what to expect in every single precinct.”

Such a program must be implemented because, he claims, "the Republicans basically are interested in suppressing the vote.”

Dean was elected in 2005 to make the Democratic Party functional. Simon Rosenberg, president of the New Democratic Network, who ran against him, is impressed with many of the programs Dean has put in place for 2008.

Yet Rosenberg says that will not be the Democrats’ measuring stick. “Gov. Dean will ultimately be judged by whether he leads the Democrats to a presidential victory in 2008.”

University of Virginia political scientist Larry Sabato notes that, with all of the electoral energy appearing to be on the side of Democrats, a Democrat victory may happen. Dean's greatest contribution thus far "has been the new emphasis on ‘Red’ America, not just ‘Blue’ America," he said.

Dean says he's interested in meeting people where they are “instead of trying to convert them to where we are. … You have to reach to people that have not been voting Democrat for a while and ask them if they would consider it.

“You can’t build a party or a brand just by showing up six weeks before an election,” he adds. “You have to be there every day, year in and year out.”

Admits one veteran Republican operative who is working on a current GOP presidential campaign: “You have to give Dean credit … his 50-state strategy has leveled the playing field with the Republicans in terms of party organization.”

Howard Dean came to the DNC not to play but to win. His biggest challenge will be the electoral strategy of the Democrats’ eventual presidential nominee.

Every nominee of recent years competed in only 18 to 20 states, writing off the rest of the country. If the next candidate approaches his or her campaign in the same, predictable way, then you will see all of Dean’s efforts go on a head-to-head collision course. But the Obama campaign’s Alaska-to-Alabama grassroots focus is one that does fit well with Dean’s view that you can’t write off any part of the country.

In Pittsburgh, Dean said he feels confident about his party's fortunes in 2008: “This country is not a Republican country -- it voted Republican for a while but that was because the Democrats fell asleep at the switch.”

By decentralizing party operations, Dean believes he's letting the country know “we are awake again and we are going to change the country for the better.”