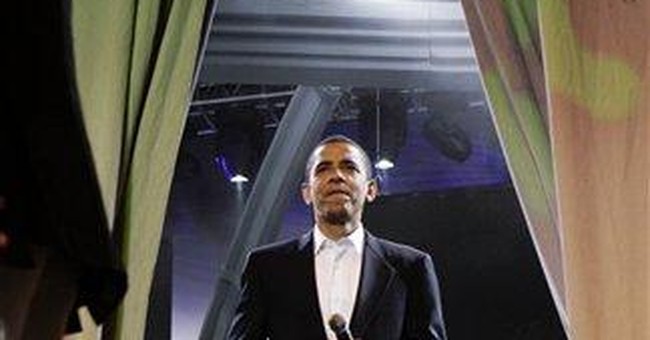 In a word, Barack Obama’s second-quarter fundraising numbers are shattering. There never has been anything like it. For a guy who was in the Illinois Senate three years ago not only to be in the top tier of his party's fundraising but to have raised the most of any candidate in a quarter is mind-boggling.

One thing Obama’s success does speak to is the maturation of the “netroots”: If you have an incredible story and a compelling case to be made, you can catch fire among the political activists in the blogosphere. It's not always about a thick Rolodex and an institutional operation. A fantastic chapter in politics has not been written about the netroots movement – and that is, how does a candidate cross the threshold of being presidential while maintaining the cause that enabled him to catch fire?

Can that chapter be written now?

Has the blogosphere moved past puberty and matured enough to propel a candidate into the Oval Office? Certainly the importance of the blogosphere has increased exponentially since it first weighed in during the 2004 presidential election.

So why Obama and not Hillary? Iraq.

One litmus test exists for the blogosphere and that is how a candidate voted on the Iraq war authorization bill in 2002. Hillary voted for the war originally – a cardinal sin. End of story.

The other interesting thing about Obama is that, while positioning himself as the outsider/change candidate, he also has plenty of establishment figures working for him – long-term insider folks like Illinois’ U.S. Sen. Dick Durbin, the Democrats' whip, and former Senate Majority Leader Tom Daschle of South Dakota.

Initially, Democrat John Edwards owned the netroots. But not so much now. Part of his problem is that the Democratic Party really cries out for “new” and doesn’t look kindly on retread candidacies.

Edwards needs a miracle to move his numbers; he is completely mispositioned in Iowa. While he is well-liked and still the front-runner, he is not viewed as presidential. With his candidacy based on an Iowa win, a defeat there next February would deflate his bid. Each day brings erosion of Edwards' once-stellar netroots support.

While detached from the netroots movement, Hillary certainly does not lack good news. Competitive on money, ahead in the polls and in every debate and forum the candidates have had, she is the one who makes all the headlines.

For front-runners, the classic strategy is to avoid debates. For Hillary, the opposite is true: She does so well in such events and stands so far above the crowd that she should debate as often as possible.

Hillary talks the way most people write in their third draft. And she is better liked by the Democrat establishment with a very hard-core following.

But Obama clearly has caught fire with the netroots. And that success should beget success in everything.

The netroots are looking to be inspired. Right now, they think Obama's a winner. It’s a case of audacity versus inevitability and excitement versus establishment.