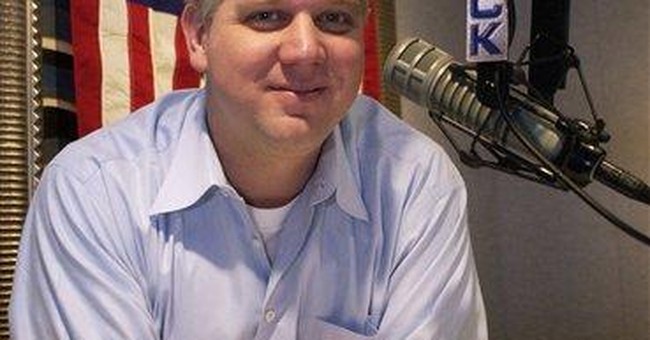 In this three-part interview from a hotel room during a tour stop in Columbus, Ohio, Beck is candid, sincere, colorful, and surprisingly relaxed.

For a man who admits to being "riddled with Attention Deficit Disorder," he does not come across as someone who had one too many shots of Red Bull.

Whether discussing his own life, politics, or where he believes our country is headed, he delivers his opinions in typical Beck style, using vivid imagery. "I really, truly believe that the Republicans and the Democrats are the same steaming pile of dog crap right now," he says. "We have got to stop letting politicians separate us. We are the same people we were on Sept. 12 (2001)."

Disappointed by what he considers an erosion of American culture, he longs for national unity. He firmly believes Americans have more in common to draw them together than to push them apart, and he blames the media for playing a part in making "being American" a wedge issue.

"I would have stood next to Michael Moore and John Kerry; I would have hugged John Kerry" following the terrorist attacks of 9/11, he says. He wonders why Kerry is now the enemy, or why he himself is portrayed as the enemy by his critics.

"We are the same people," Beck says. "We have got to stop letting people divide us."

In his interview, Beck veers between discussing his American flag collection and drawing similarities between Winston Churchill and former Pennsylvania Sen. Rick Santorum, to canning his own vegetables and his inability to ever take another "public" vacation again.

This three-dimensional interview is all Beck, all of the time.

Beck's radio show can be heard locally weekdays from 10 a.m. to noon on WPGB 104.7 Pittsburgh.