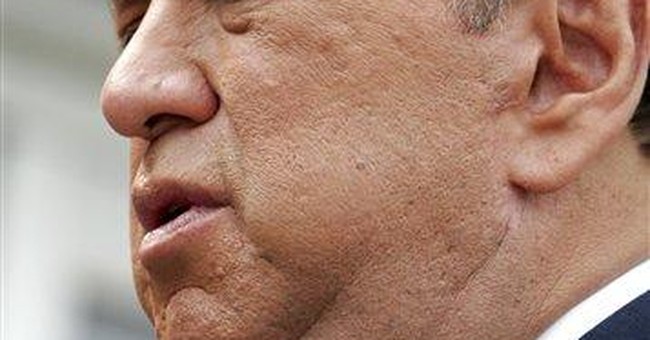 Perhaps Bill Richardson, governor of New Mexico and Democrat presidential candidate, and his handlers misunderstood: Candor, not cluelessness, is the new political-speak.

It is the only plausible explanation they can use following his abysmal performance on “Meet the Press” last Sunday, an appearance peppered with so many apologies and I-shouldn’t-have-said-thats that one might think they were at a backwoods revival.

His "Meet the Press" mistakes came in every size -- big ones and small ones, even medium-sized ones: from immigration flip-flops to character flaws that reflect a propensity for exaggeration. Heck, he even flubbed his favorite baseball team.

It is not candor when you make that many mistakes. It is something else, something that perhaps goes back to who Richardson really is.

“That was a very unimpressive performance, and Richardson ought to be better on TV after all the practice he’s had over the years,” said Larry Sabato, director of the Center for Politics at the University of Virginia.

While Richardson is far behind the front-runners in most opinion polls, many observers have thought he might be the ultimate vice presidential candidate. With a sweet resume filled with congressional, international, Cabinet and executive experience (and a Hispanic bloodline which, in theory, could bring home for Democrats the Hispanic vote now and forever, amen), he made an attractive political sidekick.

Now, not so much.

Although Sabato believes Richardson didn’t do any lasting damage, “this is a warning to him and his staff he was not ready for some obvious questions about the contradictions in his own record.”

Combined with a shaky performance in the first Democrat debate, it raises questions about his communications skills and his readiness to run flat-out.

While likeable, Richardson has a credibility problem lurking in the shadows. From longtime claims of being drafted to play Major League Baseball (not true) to a questionable exchange with the mother of a fallen Iraq war soldier, Richardson is accumulating baggage faster than Paris Hilton at a Louis Vuitton sale.

And P.S.: You cannot be a Red Sox fan and fantasize about playing for the Yankees.

What Democrats don’t need is to pick someone with intrigue swirling around him. Just remember what happened when Walter Mondale picked Geraldine Ferraro: All of a sudden, the story was about her husband’s business deals.

The thumbnail sketch from “Meet the Press” was that Richardson is not ready for prime time, or even for early-morning television.

Has he done seismic damage to himself? Depends. Yet all of a sudden the curb appeal of former Iowa Gov. Tom Vilsack, former Virginia Gov. Mark Warner or a sleeper like U.S. Sen. Blanche Lincoln of Arkansas seems a lot more attractive than Richardson’s.

Richardson’s candidacy for president was a long shot, but he still was a quite attractive candidate for No. 2.

Then came his trip to NBC’s studios, and now he’s like that beautiful woman whom all the men admire and long for from across the room -- until she opens her mouth and it becomes clear there’s nothing there.

That’s what NBC’s Tim Russert did to Bill Richardson. He got Richardson to open his mouth and, it can be argued, the moment effectively ended Richardson’s campaign.

Russert provided a small glimpse of what Republicans can do to Richardson if he is on the ticket.

And Russert wasn’t even trying.