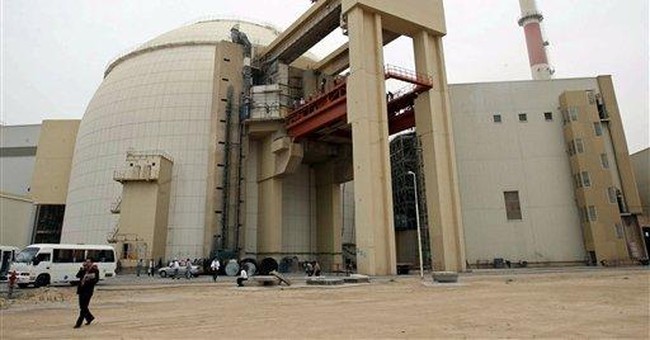 Remember that when you read about people losing their jobs or having to choose between heating, eating, paying the rent or mortgage, giving to charity, or covering healthcare, college, car or retirement costs. Remember it when Congress makes more hydrocarbon energy off limits – or puts more obstacles in the path of nuclear power that generates a fifth of America’s electricity.

I recently visited nuclear power plants and a fuel reprocessing plant in France, which gets almost 80% of its electricity from uranium. And I’ve read some shockingly ill-informed claims about nuclear power and its supposed alternatives. Here are some essential facts.

Reliability. Nuclear plants generate electricity over 90% of every year, shutting down only occasionally for maintenance, repairs and changing fuel rods. Wind turbines can be relied on just 30% of the time, on average – and just 10% of the time during hot summer days, when air conditioners are on high, but there’s barely a breeze.

Operational safety. Three Mile Island was the “worst accident in US history.” But it injured no one and exposed neighboring residents to the radioactive equivalent of getting a CT scan or living in Denver for a year. It led to major improvements in nuclear plant management, operation and training.

The Chernobyl disaster was due to its shoddy design, construction, maintenance and management. According to the World Health Organization, “fewer than 50” people died as a direct result of this massive meltdown and fire, and nearly all were employees and rescue workers.

Storage of used nuclear fuel. The Energy Department spent 25 years and $10 billion studying the Yucca Mountain site in Nevada, before concluding that it will meet all safety standards. In fact, the largest expected annual radiation dose for someone living near this geologically stable site would be less than 1 millirem – compared to 1,000 millirem from an abdominal CT scan.

America’s 104 nuclear plants generate enough electricity for nearly 75,000,000 homes – and produce about 2,000 tons of “spent” uranium fuel annually. So Yucca will be able to hold all the used fuel from the past 50 years, plus another 35 years of used fuel, without expanding on the original design.

Spent fuel and other wastes (high-level defense wastes, plus low-level wastes like protective clothing) are solid materials. There is no liquid that can leak into rocks or groundwater. Liquid wastes, like water used in reactors, are treated and reused.

Transportation safety. Shipping containers are constructed from layers of steel and lead, nearly a foot thick, and carried on trucks or rail cars. (The 25 to 125-ton containers are too heavy to go in airplanes.) They’ve been slammed into concrete walls at 85 mph, dropped 30 feet, burned 30 minutes in 1475-degree fires, and submerged in water for hours. They haven’t broken or leaked.

Over 3,000 shipments of spent fuel have traversed 1.7 million miles, with no injuries, deaths or environmental damage. Only one significant accident occurred. A semi-truck overturned while avoiding a head-on collision, and the trailer and attached container crashed into a ditch. No harmful releases of radioactivity ever occurred.

That hasn’t stopped imaginative writers from saying “catastrophic” accidents could put “millions” of Americans at risk of exposure to “deadly radiation” or even death, especially if an airplane crashed a cargo of nuclear wastes into a city. They’ve been watching too many Hollywood movies, where every car accident becomes a raging inferno.

Theft and terrorism. The notion that spent (or even fresh) power plant fuel could be stolen and turned into a powerful bomb is likewise more Hollywood than reality.

Those pesky little atomic numbers and enrichment levels are confusing, but important. Weapons grade materials are plutonium, uranium 233 and highly enriched (better than 20%) U235. Power plant fuel is slightly enriched (under 4%) U235. Spent fuel is U238, which cannot cause a chain reaction.

Turning spent fuel into a bomb would require sophisticated reprocessing facilities, which terrorists are unlikely to have. Even a “dirty bomb” (radioactive materials around a non-nuclear explosive) would cause more fear than actual damage. And the US nuclear industry’s commitment to safety applies to plant design and management, shipping and storing wastes, and guarding against theft and terrorism.

The bottom line? We need the electricity that nuclear power provides, and we can get it safely. Just try to imagine life without all the things that require electricity. Remember the pain, inconvenience and financial losses you or people you know suffered when storms or blackouts knocked out the electrical power.

Consider the warnings of experts: We are dangerously close to experiencing major brownouts and blackouts in many parts of the United States, especially in our western states, because we haven’t built the power plants and transmission lines we need for a growing population that depends on electricity 24/7/365.

Ponder how far our heating, cooling, communication and other technologies have come in just 100 years – and where we’re likely to be 50 or 100 years from now. However, we’re not there yet.

Futuristic technologies – like solar generators orbiting above the Earth, beaming electrical power to urban receivers – for now are pure science fiction. They’ll be reality about when Scotty beams Captain Kirk back to the Enterprise. We need to work on them. But we need real energy for real people, today.

Otherwise, homes, factories, offices, schools and hospitals will go dark. Bread winners will go jobless. Energy prices will soar even higher. Families won’t have basic necessities, much less luxuries. And poor and minority citizens will see civil rights gains rolled back, because only energy and a vibrant economy can turn constitutionally protected rights into rights we actually enjoy.