The Democratic budget plan puts our future at risk 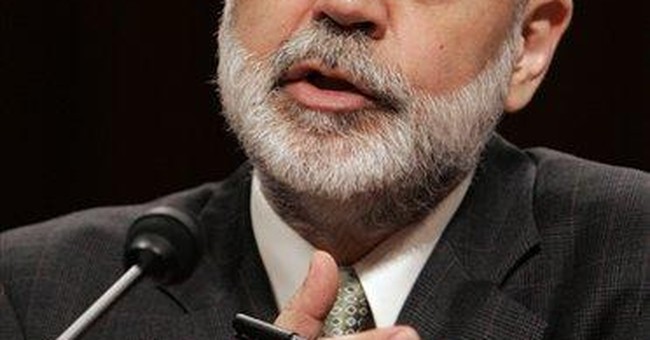 Whether you're managing the finances for a household of one, a business of a thousand, or a government of several hundred million, there's no more important statement of fiscal intent you can make than putting together a responsible budget - one that acknowledges its available means, and makes a reasonable attempt to live within them.

More than anything else, writing a budget is about setting priorities. And for the first time in over a decade, Democrats had an opportunity this year to craft a plan that reflects our country's shared values, and ensures the promises binding us to future generations of Americans remain intact.

Those should be the priorities of this budget: to keep the tax burden low, to create and retain quality jobs, to encourage the free flow of capital from investors to investments - and more than anything else: to ensure our economic institutions can contend in an open marketplace buffeted by competitive forces abroad, and actuarial ones here at home.

But the proposal offered this week by Democratic leaders puts the quality of that future in serious risk. It extends our new obligations by boosting new spending to unprecedented new levels. And it imposes a $400 billion tax increase - the largest in American history - to cover it.

Putting together a sustainable budget requires that we all work together, that we focus our scarce resources on key priorities, and that we strengthen our capacity to deliver the best product we can for the American people. And that takes money. But does anyone believe that we can't meet our obligations without raising taxes on hard-working, middle-class Americans by an astounding $400 billion? I don't.

I believe we can meet our obligations without bringing back the punitive marriage penalty, which, under this budget would force 48 million married couples to send an additional $2,900 to Washington each year.

I believe we can meet our obligations without resurrecting the Death Tax, an insidious form of double-taxation that penalizes family farmers and small business owners at rates that would make even our friends in Europe blush.

I believe we can meet our obligations without asking 17 million elderly Americans living on fixed incomes to chip in an extra $2,270 each year so Democrats can dump that money into a bureaucratic black hole.

And I believe we can meet our obligations without imposing $3,960 worth of new taxes on our key engines of economic growth: the 26 million small business owners who put more than their money on the line so that our economy might have the chance to turnover another job.

If this budget is a statement of fiscal priorities, Democrats have a lot of explaining to do. Because in assuming the expiration of every measure of tax relief we secured over the past six years, they're opening the door to a series of tax hikes that no rational economy can endure, and no reasonable citizen should tolerate.

Take, for example, a line in the code allowing many of our nation's veterans and war fighters to collect the earned income tax credit. Under their proposal, these men and women who served our nation in uniform would no longer be eligible for relief.

And then there are the accommodations made for our nation's teachers and students. If the Democrats' budget becomes law, teachers will no longer be able to write off certain materials for their classroom. And any thought they had of continuing their professional education without the burden of being taxed to do it will be swiftly disabused if this budget finds passage.

Some of these tax increases are unproductive; others are downright bizarre. But the most disappointing thing about this budget - beyond the chimerical "reserve accounts" that don't exist, and the assumption that simply ratcheting up IRS enforcement will solve all our fiscal problems - is that even a most modest attempt at reforming our runaway entitlement system was left on the shelf.

Read this budget from preface to postscript, and you'll find new taxes and an awful lot of new spending. You'll find faulty assumptions and misguided premises. You'll find a house of cards stacked on a bed of worms.

But nowhere in this budget will you find honest answers to honest questions about our future. But in instituting the largest tax increase in American history, what you may just find are the instruments of its undoing.