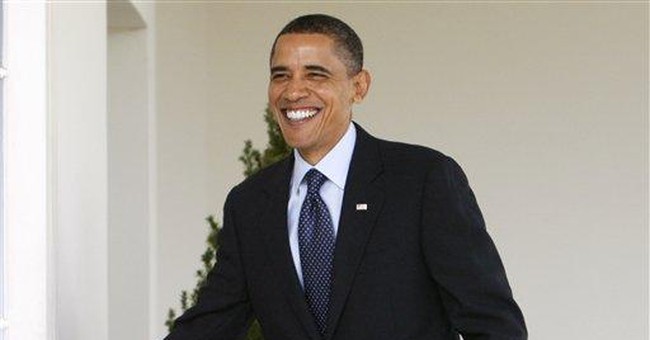 Quotations on topics currently in the news....

Investor Warren Buffett, on whether the Massachusetts vote was a referendum on Congress, the White House, and ObamaCare: "It's those three things plus the economy....Certainly people generally in the country do not like the health bill....And they don't feel good about Congress, and they feel less good about the administration than they did a year ago -- clearly. And they feel like the economy is dragging on for a long time. So all of those factors converged."

Wall Street Journal columnist Peggy Noonan, following President Obama's December speech at West Point: "There was too much 'I' in the speech. George H.W. Bush famously took the word 'I' out of his speeches -- we (speechwriters) called them 'I-ectomies -- because of a horror of appearing to be calling attention to himself. Mr. Obama is plagued with no such fears. 'When I took office...,' 'I approved a long-standing request...,' 'After consultations with our allies I then...,' 'I set a goal.' That's all from one paragraph. Further down, he used the word 'I' in three paragraphs an impressive 15 times....I, I -- ay yi yi. This is a man badly in need of an I-ectomy."

Former President George W. Bush, at Southern Methodist University November 12: "As the world recovers, we will face a temptation to replace the risk-and-reward model of the private sector with the blunt instruments of government spending and control. History shows that the greater threat to prosperity is not too little government involvement, but too much."

California columnist Burt Prelutsky: "I don't know what it is about California, but we seem to have a strange urge to elect really obnoxious women to high office. I'm not bragging, you understand, but no other state, including Maine, even comes close. When it comes to sending left-wing dingbats to Washington, we're number one. There's no getting around the fact that the last time anyone saw the likes of Barbara Boxer, Dianne Feinstein, Nancy Pelosi, and Maxine Waters, they were stirring a cauldron when the curtain went up on 'Macbeth.'"

Richard Fisher, a China military affairs specialist at the International Assessment and Strategy Center: "The Obama administration convinced the Congress to deny U.S. forces a critical capability, the F-22, in some part due to its assessment of Chinese next-generation fighter capabilities, an assessment that may not have been the 'consensus' within the intelligence community. Democracies require informed debate in order to survive. It is appearing that the debate over the termination of F-22 production was not sufficiently informed regarding emerging Chinese capabilities."

Steve Forbes, editor-in-chief of Forbes magazine: "The new year focus is on the economy, but foreign policy will generate big headlines: Israel is going to come to a decision regarding Iran's getting the bomb. Most Israelis see this as an existential issue....Israeli intelligence knows more than any other outside agency just how far along Iran's nuclear program truly is, particularly since it has a number of agents working on the issue inside Iran. Bottom line: Despite the horrific risks, the Netanyahu government will attack if it concludes Iran's manufacture of a bomb is imminent. Look for the strike to happen by Labor Day."

Rutgers anthropology professor Lionel Tiger: "How much absurdity can the country take? Two popinjay jerks with an orchard of debts mock the structure of government at its very apex. Now that government is sending 30,000 members of the military to perform Act Two of a drama to perfect a country which is not a country, to dissuade bad, violent people from arriving on our territory even though our enemies over there have perfected the knack of creating them over here. And finally, most arrestingly, the leading saint of golf, a Mr. T. Woods, has landed himself in The Worst and Oldest Sand Trap in the World."

Movie actor Clint Eastwood: "We're becoming more juvenile as a nation. The guys who won World War II and that whole generation have disappeared, and now we have a bunch of teenage twits."

President Calvin Coolidge, on presidential hubris: "It is a great advantage to a president, and a major source of safety to the country, for him to know that he is not a great man. When a man begins to feel that he is the only one who can lead in this republic, he is guilty of treason to the spirit of our institutions."