Pols, the Press, and the Financial Crisis 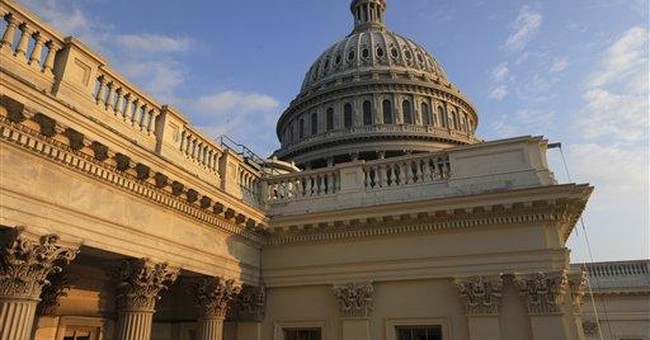 Barack Obama, Nancy Pelosi, The New York Times and others of that ilk insist the distress in the financial system and the failure thus far to fix it is all the fault of - yes - the Republicans.

Obama: "This crisis is a direct result of a philosophy that the folks running Washington have been following for decades, a philosophy that says we should give more and more to those with the most. Senator McCain has followed this philosophy for 26 years in Washington, and now he's running to give us another four."

Mrs. Pelosi, blasting President Bush and the Republicans for squandering the surpluses of the Clinton years: "No supervision. No discipline. And, if you fail, you will have a golden parachute and the taxpayers will bail you out." The outrageous Barney Frank blames House Republicans doubly - (a) for voting against the bailout because (b) in her pre-vote speech Mrs. Pelosi hurt their feelings.

The Times, which still sets the tone for the establishment media, in a Tuesday editorial: "Sixty percent of House Democrats voted for the bill, enough to easily pass the measure if the Republicans had not decided to put on their display of pique and disarray. . . . (The bill was) better than nothing, which is what some backward-looking House Republicans gave Americans on Monday."

A number of things are going on here - none of them pretty, all of them born in the fever swamps of the left.

Obama is running relentlessly against President Bush, whose name will not appear on the ballot.

Mrs. Pelosi, flashily flogging for "bipartisanship," oversees a House of Representatives wherein - the last time anyone checked - Democrats hold a majority of the seats. A whip-wielding Legree, she could command any outcome she chose. Yet she covets the cover of "bipartisanship" on a rescue because, if it fails, Democrats will share the blame with the Republicans - though if it succeeds she and her fellow Democrats will take all the credit, you can be sure.

So she insists "the Democratic side more than lived up to its side of the bargain" - blaming the rescue measure's failure on no-voting minority Republicans, as opposed to her majority party's 95 conspicuously unmentioned no-voting Democrats.

And then there is The Times - dancing to the beat of Mrs. Pelosi's exquisitely clad foot, while long having set the ideological tune for the nation's disintegrating daily press and the pols who still read it.

Among the many reasons for the newspaper industry's plummeting circulation and advertising revenues, the liberalism infusing all news operations - and nearly all editorial operations - routinely is overlooked. In the mid-1970s, readers began drifting away from newspapers, first to network television (if they drifted to anything). Then talk radio, then the Internet, then cable (Fox News) gave comfort and new informational homes to multitudinous former readers daily whacked in the face with the leftist 2-by-4s readily employed in newspapers.

So in the current credit mayhem, top leftist pols combine in their mischief with what remains of the establishment press (the "mainline media") - all robing themselves in the cloak of moderation and piling on conservatives (Sarah Palin), Republicans (the failed financial rescue measure), the Bush administration, and Wall Street.

Yes indeed, there have been abundant examples of CEO greed and excess. Yet how many times in recent days have you heard or read that liberal Democratic pols, Congresses, and regulators greatly enabled - even mandated - some of the financial-house lending and accounting practices that produced today's crises of liquidity and confidence?

When ideologized hustlers, whether in politics or the press, set to pointing fingers and allotting blame, they agree at least on the fact of failure. The banking system has failed. The key is to get it functioning - and soon. A crucial aspect is stabilization of the dollar. The requisite outcome is restoration of confidence.

McCain has said it well: "Senator Obama and his allies in Congress infused unnecessary partisanship into the process. Now is not the time to fix the blame. It's time to fix the problem."