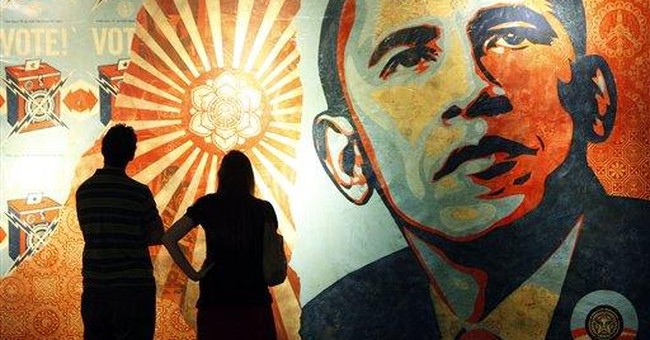 Isn’t the Joe Biden nomination wonderful? A working-class kind of guy who has risen to chairman of the Senate’s Judiciary and Foreign Relations committees?

Wonderful for John McCain and conservatives and Republicans.

But Biden is so moderate, centrist, mainstream, middle-of-the-road.

Surely it’s important that he has so much experience — six terms as a U.S. Senator, compared with Obama’s four undistinguished years out of the Illinois legislature. And in the Senate club he is so, you know, popular.

Maybe. And so much for Obama’s “change” and “outsider” mantras. Biden is the paradigmatic Washington insider — a practitioner of the same ol’ inside-the-Beltway same-ol’. What’s more, he exudes an engaging cluelessness. He comes right out of central casting as perhaps the worst possible national candidate for anything.

Isn’t he strong on foreign policy and the courts — and thus a counterpoise to Obama’s weaknesses?

On foreign and national-security policy, let’s see what the experience of Biden brings to the ticket. In 1991, he voted against the war to oust Saddam Hussein from Kuwait. In 2002, he voted for the resolution authorizing the 2003 invasion of Iraq (which Obama says he would have voted against). Yet both he and Obama opposed the surge and refuse to acknowledge that it has worked. Oh, and both oppose offshore drilling to help achieve energy independence.

Both voted against John Roberts and Samuel Alito. Obama says that as president, he never would have named Justices Clarence Thomas (terming him inexperienced and insufficiently intelligent) and Antonin Scalia. Biden voted against confirming both Thomas and (earlier) Robert Bork. Not a whole lot of difference between Obama and Biden there.

Still, look at how Biden, from Scranton blue-collar origins, has ascended the heights.

If Obama had wanted someone with ties to Pennsylvania’s small-town voters, whom Obama disdained as “clinging to guns and religion” because they are “bitter,” he might have picked the senator who won them in the Pennsylvania primary, Hillary Clinton — whose father hailed from Scranton.

Biden is an embellisher of his own record and a serial plagiarist. At the Syracuse College of Law, he plagiarized a law-review article for a paper. Campaigning for the 1988 Democratic presidential nomination, he plagiarized a speech by British Labor Party leader Neil Kinnock — and shortly thereafter withdrew.

He nevertheless strikes me as a thinker, a very serious person.

He’s a joke, a barrel of gaffes, a complicater of even the simplest issue, a gas bag who suffers from logorrhea — diarrhea of the mouth.

You can’t be serious.

On the contrary. Try on these Biden comments for idiocy, offensiveness, and undermining one’s own running-mate:

This year, in a TV interview: “Obama is not ready to be president.”

Early 2007, announcing his presidential campaign — discussing Obama: “I mean, you got the first mainstream African-American who is articulate and bright and clean and a nice-looking guy.”

Last summer: “(In Delaware,) you cannot go into a 7-Eleven or a Dunkin’ Donuts unless you have a slight Indian accent.”

Early in his 1988 presidential campaign, responding to a man identified only as “Frank” inquiring about discrepancies in Biden’s law-school record: “I think I have a much higher IQ than you do.”

During a March 2001, hearing on John Bolton’s nomination as undersecretary of State for arms control: “My problem with you, over the years, has been you’re too competent. I mean, I would rather you be stupid and not very effective.”

Withdrawing from the nomination race early this year after garnering less than 1 percent of the vote in the Iowa caucuses — to reporters: “This is about celebrity. You’ve never given any of us a chance. You know in your heart I’m more qualified than any of these guys up top.”

Aug. 23, introducing Barack Obama: “. . . a man I’m proud to call my friend, a man who will be the next president of the United States — Barack America.”

Evidently you’re not too pleased with the Biden selection.

It’s a head-shaker. Think about it. The Obama-Biden ticket consists of Tweedledum and Tweedledee Senate liberals straining to depict John McCain as but a clone of President Bush. That only can help McCain make the (winning) case that this campaign is not principally about George Bush — whose name of course will be absent from the November ballot — but Barack Obama.