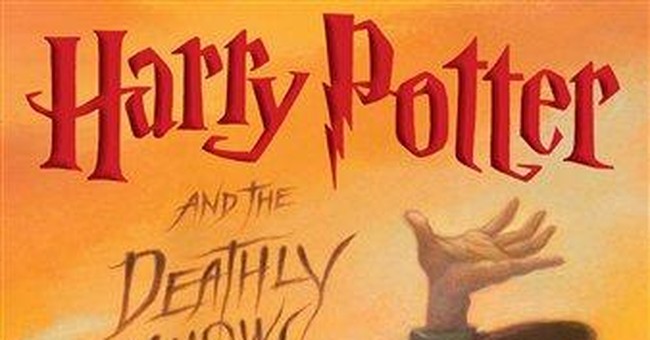 Iraq, Iran, the Palestinians, the Libby trial, fools - er, presidential hungerers - rushing in: The past weeks have seen much ink given to those big items - and to these smaller ones..

Remember Jessica Lynch, the cute exemplar in the tradition of Joan of Arc? The sweet young thing joined the military, fought fiercely in Iraq, was captured, maimed, rescued, and returned home to a heroine's welcome. Now she's a mom. Will she continue on her exemplary road by - you know - actually marrying the dad?

Where's the Macaca Chorus when we need it? Pause for a moment to think on Jim Webb, Virginia's new senator with a justly earned reputation for insulting, oh, every third person on the landscape. Now he has moved on to insulting every third person's intelligence. Selected by the Democratic leadership to respond to President Bush's SOTU (State of the Union) address, Webb said - (BEGIN ITALICS) inter alia (END ITALICS) - this: In addition to the majority of Americans, "the majority of our military" does not favor American involvement in Iraq. The military don't support the mission? Get real.

A parallel line goes like this: So searing was the Vietnam experience that anyone with any sense who served in Vietnam opposes sending more troops to Iraq; just poll Vietnam veterans serving in Congress, and you'll see. USA Today did. Of the 12 Vietnam veterans in the House, at least six favor a troop increase - or "surge." Of the five in the Senate, only John McCain does - but, physically at least, he was perhaps the most seared of all.

The top recent good news? Maybe this: The rate of decline in deaths from cancer nationwide, first detected in 2002, is accelerating. Medicine is turning the tide.

Increasingly worried about China's military rise and North Korea's games with nuclear-warheaded ballistic missiles, Japan may be rousing from its post-World War II pacifist slumber. The current government has just upgraded its Defense Agency to a full-fledged ministry. What's more, with Japan now able to field ordinary troops, Prime Minister Shinzo Abe (a) supports his country's candidacy for a permanent seat on the United Nations Security Council, and (b) seeks repeal of the Japanese constitution's war-renouncing Article 9.

And given Iran's repeated hostile declarations, Israel continues to worry about Iran's nuclear ambitions. The Washington Times reports Israel is purchasing U.S. bunker-busters and precision-guided joint direct attack munitions (JDAM) add-ons for its bombs - the better to reach Iranian centrifuge cascades deep underground. As Israel destroyed Iraq's Osirak nuclear reactor in 1981, so it may be preparing to take out any or all of Iran's known 13 nuclear reactors before it is too late for Israel - and everyone else.

Your federal government at work: Some of those reacting to criticism of Congress for postponing its opening session so members could attend the Florida State-Ohio State football game, respond that President Bush has just logged his 365th day (one year of his presidency) at Camp David. Two points: (1) An ordinary work-week for Congress, when not in recess, begins at 6:30 p.m. on your average Tuesday and ends around 2 p.m. Friday - 2.5 days for congresspersons vs. five days for the everyday rest of us; (2) In two full terms, President Reagan spent a record 517 days at Camp David. Apparently searching for something he called "malaise," Jimmy Carter found it in the 376 days he spent at Camp David during his solitary term.

Finally, New Orleans Mayor Ray Nagin has thought things over and reached a heavy conclusion. He figures that given (a) the rate at which the U.S. is spending money in Iraq, (b) how speedily we are setting up temporary hospitals there, and (c) the extent to which we are rebuilding Iraq's economy, only "class" and "racial issues" can explain the slow flow of money into post-Katrina New Orleans. So there it is again, under that bed over there - the racist, classist Bush administration.