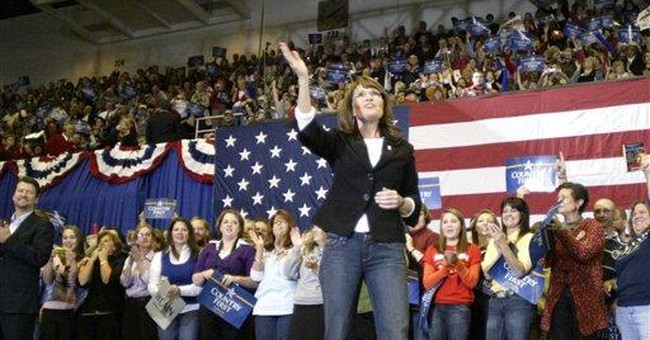 What is the media trying to do? We know they are trying to control the election, but that is a given. Are they trying to create or at least intensify a recession in this Country? Is it just their nature to only show the dark side of a problem or do they just have the inability to even understand there is another side? Two things I have noticed which at first was a trend but now is a fact: The larger the company the better the chance they will have those who speak to the customers the least proficient in English of all of their employees and the more specialized the area covered by the media the least knowledgeable reporter will be the one to cover that area. Could it be an accident or is this done on purpose? All I know is the problems that are caused by this type of behavior. It is time for someone or everyone to start objecting, vociferously, to this type of treatment.

On March 4th, 2008 I wrote "Stop the presses" and it wasn't about breaking news. It was a plea to get the media to stop reporting on real estate not because the reports are incorrect, because their conclusions were. I could live with the media just giving the report, but that isn't going to happen. They always have to add their conclusions which confirm their negativity and their lack of understanding about the subject. Case in point!

We just had a report on the year over year sales in the real estate market being up about 5.5% but the report quickly pointed out that prices were still falling because the median price of the houses in the survey were down from the previous median price. Seems correct, but most likely isn't. Why do I say that? The median price of the house is the total number of houses sold times their selling price divided by the number of houses sold. To determine whether prices are going up or down you would have to have the same number of houses in every price category, size category, location (which includes city, county and state so the property tax would be the same or close) and last but not least a gage of inflation at the time of sale to get a really true indication. The media simply uses the change in the median price and lets it go at that.

The problem is giving wrong information that can be significantly skewed. Suppose an area had 1000 homes selling, on average, every month. The more expensive homes generally make up 5% of the total sales while the least expensive homes make up about 40% of the sales. The expensive homes sell in the low $1 million range, the middle homes in the $500,000 and up range and the least expensive in the $250,000 and up range. Imagine a tract of expensive homes that was built in 5 phases and the last phase of 50 homes didn't sell and were put on the market at $800,000, a significant drop in price. The last report which had a normal distribution of houses, 50 at an average of $1,100,000, 550 at $700,000 and 400 at an average of $300,000 giving a median home price of $560,000. Now we are going to hold the figures the same and simply add the 50 homes that had been reduced to $800,000 so that the number of homes selling in this period is 1050. The median price would go up to $571,429 or an increase of 2%. The conclusion from the change in median income was an increase of housing prices of 2.04% while the reality was a significant drop in upper end house prices.

Would it be so hard for the reporter to add that the median price is totally dependent on the mix of houses that sells in each period they report? Could they not say then that one report is not a trend of what is happening to housing prices? I did find, during my research, one small town paper that gave the median square footage price, which can help. You have to remember, though, larger houses generally sell for a lower square footage price than smaller houses.

Why should this matter to either homeowners or prospective homeowners? Homeowners, especially in tough economic times, are constantly trying to figure out what to do with their generally largest asset, their house, at any given time. To decide when and if to sell you would like to try to find out when housing prices are starting up or worse case if they have stopped falling. Prospective buyers would like to catch the bottom (most likely impossible) or at least get in when the trend is turning (better chance of that). The conclusions most most reporters give on real estate data are akin to the simple answer, which of course is wrong, as to how many months have 28 days in them.

Real estate is the simplest complex investment you can find. Value is very hard to determine because it depends on size, style, location, financing, amenities, etc. Two houses sitting side by side, exactly the same size, style, location (approx.) and amenities can have vastly different prices if one has a 4% assumable loan for 20 years and the other doesn't. Two identical properties with different utilities, sewer and city water versus septic tank and well water, can have markedly different prices. Two houses with the same physical size, next door to each other, can have widely different prices if one has the style that conforms to the area and the other has a non-conforming style. With all that to deal with the last thing you need is misleading and incorrect information being brought to you from a source you should believe: the main stream media.

It will not get better until the citizenry rebels. No way, no how! How do you do it? Whenever I hear or read about a report on real estate or real estate financing I make sure that the source it came from hears that I don't agree with their facts or perhaps just their conclusion. You are an expert in your field. You need to hold the media's feet to the fire as well. Failure to do so could be hazardous to your wealth!