Something good could happen 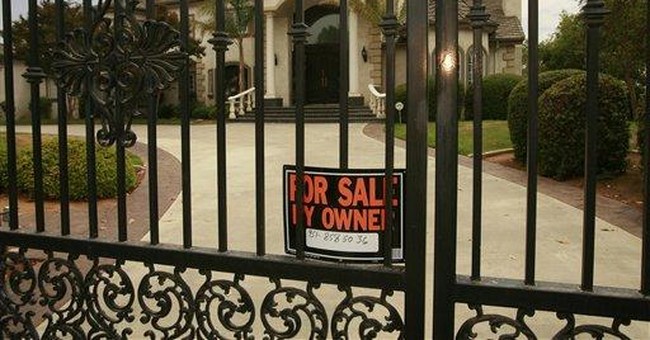 Although it appears to be nothing but doom and gloom for housing and the mortgage industry I believe we have some good things about to happen to turn it all around. The Federal Reserve has given the opinion they aren't interested in fixing the problem, so be it.

They could, however, show a bit more concern over the problems the industry(s) are facing and drop the thought that inflation is the only problem in the world. Or at least the only one worth spending their time or effort to keep under control. Whether anyone realizes it, housing is the middle classes bank. The majority of their wealth is in their house.

Last night and this morning, right after I wrote the opening paragraph of this article,the Fed made a major intervention to correct what I see is a problem that they themselves exacerbated by their remarks. In my previous article I stated that the mortgage pools were not getting any bids on Wall Street and that affected all the mortgages in this Country except the conforming loans and some portfolio loans.

Countrywide came out and stated they were going to have interruptions in their business because of the lack of liquidity as did Washington Mutual, so the Federal Reserve using one of their two powers, regulating the money supply, went to the banks and bought $19 billion of mortgage backed securities. That will get the mortgage market moving again. Writers note: I had nothing to do nor do I take any credit for the Federal Reserves action. (As if anyone would have believed it anyway!)

Now for the good news which will be coming from the bond market, Fannie Mae and Freddie Mac and the major lenders in this Country. Let me start with the major lenders and what they are going to do to help those who have been "stranded" by the quick and I dare say hazardous action of about 30 states in disallowing stated loans for both employed and self employed borrowers. Not a great idea without at least a grandfathering in of those who have had these loans before and still own their house. Without the ability to use stated income for a self employed borrower how would they qualify? They write as much off as possible and do not show great earnings, yet on the whole they are exemplary borrowers.

The major prime lenders are taking a page from the sub-prime lenders and allowing stated borrowers to qualify with 12 to 24 months bank statements. In these statements one can ascertain the cash flow of the borrower which is what a borrower uses to pay their bills.

I applaud the quick response to the over reaction of the states.

The bond market is the next one to act as they, as a whole, in reality, set the interest rates in our Country. They have moved to a very high probability of the Federal Reserve cutting interest rates in September and , if this holds, will put tremendous pressure for the Fed to respond with a rate cut, their other power. The unwritten thesis on Wall Street is that the bond market is generally correct and the stock market and others conform to the bond market. This will certainly get the skittishness off of the real estate market and get back to where it was just a month or so ago. It doesn't mean that the Fed will be stepping in to bail out the real estate market it simply means they see a need to at least take the panic out of that sector.

Last is the long term hope for a more orderly mortgage market in Fannie Mae and Freddie Mac. They are the major purchasers of conforming loans, those loans that conform to their rules, and currently have two sets of upper limits. Forty Eight states have a $417,000 limit for single family residences and higher limits for duplexes, triplexes and four-plexes, while Hawaii, Alaska, Guam and the U.S. Virgin Islands are considered high cost states. Huh???

As high cost states their limits are 50% higher. Congress has been talking about raising the limits on additional states but hasn't ever gotten around to it.

The number one state that needs to be a high cost state is California, where nearly half of the jumbo loans in America exist. New York, New Jersey, Connecticut and Massachusetts need to be in there also. If we could get the increase in the states that put an extra burden on the mortgage backed pools (where the problem currently lies) then a quicker permanent solution would be in place.

Should the aforementioned increases not be politically popular (we have politics in everything) then a general lifting of the Fannie Mae and Freddie Mac limits should be put in place even if it is a lower number than the high cost areas. Reducing the stress is what is needed. Its good for individuals and its good for business as well.

Now that we have an open wound let's cure it and forget the bandages. Festering of an open wound is more dangerous than the initial wound. Let's not let that happen.