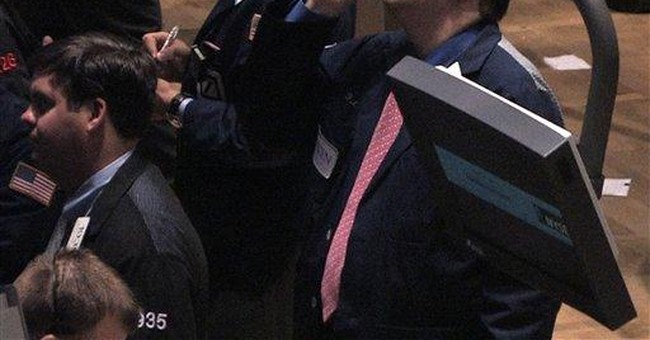 You think you have problems, well look at mines. Everyone wants to know about mortgage rates now and in the future, when will the real estate "thing" will be over, is the stock market going to recover, and lately a whole group of people are writing me with questions as to where they should live. If that isn't enough, those in the know want to understand the ramifications of the inverted yield curve, the revaluation of the Chinese currency and its effect on America's assets, the timing of the next Federal Reserve move and who will get the number one spots in the upcoming NCAA men's basketball tournament. That's easy: UCLA, North Carolina, Ohio State and Florida.

Now on to the hard part, these questions wouldn't be so difficult if the world hadn't shrunk and the economy hadn't become two: primarily wall street and Main Street. Wall Street is going in one direction and Main Street is barely going anywhere which really has a lot to do with China, the outsourcing of jobs and the changing nature of our way of life. Would you have ever thought that the new generation would negate the intellectual property law in a way that no one saw coming? Did you ever think you could do what I did last night, send an email to two associates in another state while my wife was driving the car? I pressed a button after I had finished typing and I have already had a reply this morning. I never even saw the homing pigeons! (Whoops, my age is showing.)

This Country and the rest of the countries in the world are facing monumental tasks to try to become one world, a peaceful one at that, which creates opportunities for everyone in every country. The jobs we lost in our Country were jobs, which were created in China and India, to name a few on the other side of the equation. The benefit is lower cost goods for our consumption in this country, which is pleasing to Wall Street, higher profits, and displeasing to Main Street, fewer jobs. Whether you like this trade off or not, it most likely will not change, but will change us. Like those who manufactured buggy whips technology forces changes upon us whether we are ready or not. Ready is a personal requirement first and foremost, and then a societal problem. When I was going to college, the need was for engineers. I studied economics and was prepared for the consequences of my decision.

There are unusual benefits in the short and long term from some of the changes that have occurred. We have seen much lower prices in furniture, clothing, computers etc. We have seen higher building costs in all facets of construction which eventually will lead to higher prices in all areas of real estate. Replacement costs are starting to eclipse prices and a major adjustment is coming. As the dollar gets weaker against foreign currencies the price of our assets comes down and entices foreigners to buy. Real Estate can be the biggest benefactor, especially in the Western United States, of the revaluation of the Chinese currency as they will be able to buy our real estate at a discount.

The Federal Reserve has a very tough job especially in the next few months. Look at what they have to work with. Their money rate is 5.25% for overnight money to the banks or between the banks, while the 10 year treasury is flirting with going through the 4.5% yield to the downside. Wall Street is showing good profits while incomes are stagnant on Main Street. As much as consumers drive the economy spending around 70% of the gross national product is contributed to said spending, it must continue. The belief that monies were pulled out of residential properties to keep the economy rolling and that now with the slow down in real estate it is harder to do, how is the economy going to keep rolling without the consumer? If the Federal Reserve cuts will it lead to an inflationary economy or if they don't will we end up in recession? Maybe a job as a Fed Governor or better yet the Chairman isn't looking so interesting anymore!

I believe the risk in the mortgage market is to the upside, not the downside until the Federal Reserve starts cutting their interest rate. It is hard to paint a picture of the 10 year treasury note being more than 75 basis points under the Fed's short term rate and therefore I see no further movement downward until some word comes from the Fed that they will start lowering their rate.

My advice to the youth of America is to find a skill that our Country will need in the future and leave the family tradition for the history books. It doesn't have to be complex, technologically challenging or even one learned in college but simply one that solves a need.

Think about the future when all of the baby boomers start retiring and consider a service that a vast majority of these people will need. Look at your residence and see how you live and then think about how a senior citizen could live that way. Probably can't and that could be the germination of an idea that can create a whole new day for you and the seniors as well. We are on the verge of major changes in our lives that make the walk on the moon seem insignificant. We all can be part of this or we all can complain about it: your choice.

If you don't think it is happening wait until you start buying new cars that will be equipped with a new radio, not XM or Sirius, but HD. You mean you haven't heard of High Definition radio?

The future is coming and it can be as exciting as you want it to be, or as displeasing as you want. I for one am excited by the prospect and am thinking about all the new avenues that will be available. Writing always makes me think and now that I am on my second hundred columns, the thoughts are becoming more delightful. What does your future look like?

Ridiculous: How Dr. Seuss Enterprises Caved to the Outrageous Shrieks of the Woke Mob
Matt Vespa