Whether It's the Weather or Not! 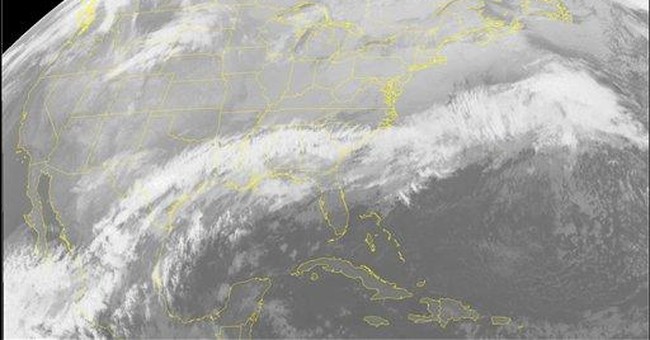 From the stock market's biggest investor to the newlyweds who are hoping to buy their first home, everyone is wondering what the economy, interest rates and employment opportunities are going to be like this year. And the answer is weather-related! Not since Hurricane Katrina has there been this much talk and concern as to whether we are getting real numbers on the economic reports or those skewed by the weather. In the employment report for the month of December which was released on the 5th of January, it was widely reported that the number of jobs was inflated by 30,000 construction workers because December was unusually warm and the projects didn't shut down as they always have in December in other years.

If the figures are weather-related then two more questions are prompted: will the weather return to normal soon and will all the economic reports correct themselves in the coming months? Last week, first time claims for unemployment dropped 8000 when a rise was anticipated. Does this mean we have a better employment report coming in the first week of February or does it mean that because we had so many ice showers and freezing rain incidents reported that the unemployed didn't make it to the unemployment offices to sign up for their benefits? The answer to that question is a major piece of the weather or whether not equation.

Just because the economy is so complex, you also have to add into the mix the oil situation. Oil has had a precipitous drop this year, and people have predicted oil to go back to near pre-war prices around $30 a barrel. Some of the experts in oil as T.Boone Pickens have talked about oil at $100 a barrel. The difference between those two extremes could be the biggest motivator or decelerator the economy has seen in some time. I believe that we will be closer to the Pickens' price than the other because I cannot imagine the world wide demand for oil will slacken and that the supply of oil will not see interruptions from the craze's around the world.

Back to the weather. Many of the CEO's in America are concerned about Global Warming and are pushing the government to set up some safe guards to protect the environment and the people in this country and the world. If these laws are enacted, it could bring a negative and a positive to the economy. The negative would be the changing of many production facilities that are contributing to the problem while the positive would be the expenditures by the major corporations to do the work. The boom times of the 90's were based on the awakening of the public to the computer/Internet phenomena and all the benefits that were derived by the new technology. Our new driving force could be the need to recognize the dangers and correct them when it comes to the environment and global warming. We have years of neglect to make up for, and the development of new means of production could be a major piece of a decade long strong economy.

The war does not escape review when it comes to the economy. The dollars spent on defense, especially for this war, have taken away monies needed to fix not only medicare and social security but also an aging infrastructure in America: the roads and transportation systems. At some point I expect to see a shift from the war economy to a domestic one which could probably use some help. Like the weather, I am not privy to when this shift will begin and how much of a shift will actually occur, but I do believe we will start addressing the problems sooner rather than later.

Housing and the weather are not mutually exclusive. We saw what Hurricane Katrina did to New Orleans and parts of Mississippi and realize that housing we have built in the past may not be the proper housing we will need for the future. Over the last few decades housing has become much more energy efficient and in places such as the south west and west, it has evolved to become more in partnership with mother nature. Solar power is becoming both popular and feasible in areas where the sun shines over 300 days a year. Harnessing the wind is also a means of capturing the weather to use in place of coal and oil. I believe from this point forward builders, architects and homeowners will all be weather conscious and work together to create better living spaces.

Housing will recover this year because we have a strong labor market that will continue to be just that as we gently shift to the growth opportunities that avail themselves. Housing is a labor driven commodity with booms in times of strong labor markets and down turns when unemployment starts to pick up. I expect the population to continue to shift from the northeast and Midwest to the south and south west for weather and job opportunities. I expect a strong real estate market on both coasts, partially driven by the exchange rates, and partially driven by employment opportunities.

Weather is definitely a mystery. On the west coast, we haven't seen as much wind as we have had the past few months as long as I can remember. Other parts of the Country have their set of weather related problems that are as unexpected as our wind. Of course, we also have had a major fire in Malibu followed by snow two weeks later. I don't remember the Bob Hope Golf Tournament ever before being delayed for frost either. Of course, now that I am a bit "longer in the tooth", maybe it is just my memory. I don't think we can control the weather, but we certainly can learn from it and work to adapt our living habits to conform to the changes as they are probably here to stay.

The bottom line is that this is a transitional period in this nation's history. I think we will struggle to let go of some of the old ideas but will adopt the new ones. Like all transitional periods, there will be an adjustment period for business and consumers alike which will lead to a new beginning. This year and next probably will be looked back on as the building block years for the changes I have noted above and thus be average years in growth, unemployment and a little better for interest rates.

That's what I think. And you? I'm always interested in finding out!