Are America’s Voters a Bunch of Suckers? 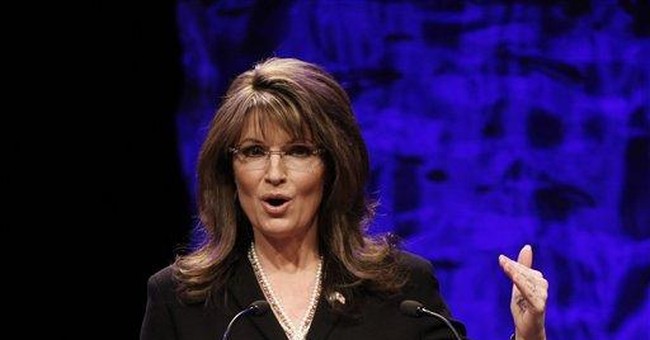 First it was Obama who rode the crest of the hate-Bush, anti-Republican wave with his magical oratory that was long on feel-good generalities and short on specifics. His supporters became so caught up in wanting to follow him down the yellow brick road to the promised land that they never bothered to ask how he would get them there. It was “change you can believe in."

Now, little more than a year later, roughly half of all Americans are beginning to believe they’ve been had. And now a large number of them – including many who enthusiastically voted for Obama - are now rallying to another pied piper, Sarah Palin. She wows her audiences with high-sounding platitudes and free market principles but often fails to give specifics on her policy proposals. Too often, it’s as if one need only smell their date’s perfume and they’re ready to get married. Palin needs to display more substance.

Are America’s voters really a bunch of suckers when it comes to their political instincts? And if so, what can we do to change things, because we now live in very different and incredibly dangerous times where we no longer have the margin of error that once would have allowed us to muddle through.

Horrendous deficits as far as the eye can see and unfunded liabilities in the tens of trillions of dollars for social security, Medicare and Medicaid are inviting catastrophically dire consequences. And even more ominous, Iran’s unchallenged rapid development of nuclear weapons poses a grave threat to the very survival of our nation. Yet serious solutions to these crises are barely on the radar screen while our representatives in Washington treat them as the third rail of American politics.

So with all the necessary but unpopular and hard-to-sell policy choices our nation faces it doesn’t look like things are going to change anytime soon -- at least not until the public comes to its senses and demands more than sound bites and slogans from politicians on critical issues. And also not until we’re willing to accept urgently needed, tough new reforms and initiatives – i.e. raising the eligibility age for social security. In the meantime we’ll be stuck with a government run by uncaring, corrupt politicians who again and again put their own re-elections before the best interests of our country.

There may, however, be some hope of getting our nation back on course by persuading corporate America that the best way of protecting its own bottom line is to take on an enlightened new role in our society. Let the business community endeavor to better educate the public about the hard choices we must make and the importance of us all being more willing to sacrifice in order to restore our nation’s financial and economic well-being and better ensure a sound future. Business would be well served to invest billions to help create an electoral climate in which political candidates were emboldened to adopt the kind of agenda that would contribute to the best overall interests of our nation. This relative to jobs, deficits, spending, taxes, school reform, energy, entitlements, immigration, national security, etc. At the same time, voters should be encouraged to become more involved in the political process and discouraged from supporting candidates who fail to embrace a common sense agenda to rescue America. And business must also recognize the need to extend its own lobbying efforts well beyond special interest issues so as to include a well defined rescue America agenda.

As in football, producing a champion performer depends on the whole team working together – the offense, defense, special teams, coaches and front office. Similarly, America cannot remain a great nation if each of us continues to think and act more in terms of what’s good for ourselves and less in terms of what’s needed across the board for our entire nation to succeed. And ditto for business and unions. For the greater America’s success, the greater will be our individual prospects for success. Conversely, our recent economic meltdown affected us all.

Let us hope we wake up soon enough and stop allowing ourselves to be played for a bunch of suckers by our self-serving politicians. It’s the only way we can prevent our beloved country from continuing down the road to ruin.