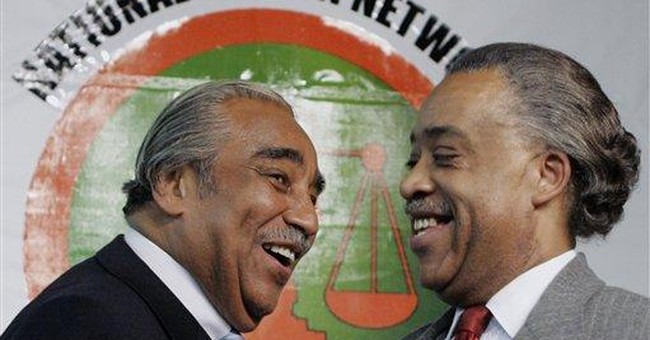 WASHINGTON -- Ignoring pleas from outraged South American governments, Democratic leadership of the House this week was adamant about Congress going into its August recess without taking action on free trade agreements with Peru and Panama as promised. Instead, two senior Democratic House members appear determined to travel to those two rare Latin American friends of the United States, to hector them into passing domestic legislation as a prerequisite for approving already negotiated bilateral trade pacts.

Why did House Speaker Nancy Pelosi renege on her previous commitment? She dances to the tune of AFL-CIO President John Sweeney, who preaches outright protectionism. Hostility toward not only the Peru and Panama pacts but also a vital agreement with Colombia can be traced to influence on U.S. unions by South America's leftist labor leaders, originating in Hugo Chavez's Venezuela.

Beyond U.S. unpopularity in the Western Hemisphere, this exposes deeper problems for the new Democratic majority in Congress. While the AFL-CIO's authority is diminished in the labor movement and among the nation's workers, its chief rules in Congress. Democrats bowed to Sweeney's wishes in voting to end secret ballots in union recognition elections, but the more audacious demonstration of labor's influence on Capitol Hill was getting the House leadership to renege on a bipartisan deal affecting world trade.

That deal seemed too good to be true May 10 when it was unveiled. On that date, House Ways and Means Committee Chairman Charles Rangel and his trade subcommittee chairman, Rep. Sander Levin, announced approval of labor and environmental provisions in the Peru and Panama trade pacts. Their statement also opened the door to possible future approval of the Colombian trade agreement.

Organized labor did not wait long to be heard from. On the next day, May 11, Sweeney issued a statement indicating that the labor and environmental guarantees agreed to by Rangel were not adequate. He contended "the agreement fails to adequately address issues related to the outsourcing of U.S. jobs and the ability of foreign corporations to challenge U.S. laws." Sweeney dismissed the negotiated agreement with Colombia, this country's best ally in South America, as "a flawed agreement with a gross human rights violator."

Sweeney makes life difficult for Rangel, who seeks a record of achievement in the chairmanship for which he waited so many years. But when labor commands, Sandy Levin obeys. When I met him in the 1970s, Levin was a high-minded liberal as a party and legislative leader and candidate for governor of Michigan. In Congress, he is an errand boy for organized labor who on June 18 withdrew previous support for trade agreements.

The shocker came June 29 as Congress cleared out of Washington for the Fourth of July holiday. Pelosi announced that Rangel and presumably Levin would be off to Peru and Panama to demand new changes in their labor laws as payment for the negotiated trade agreements. She rejected the Colombian pact out of hand.

U.S. Trade Representative Susan Schwab, a former Senate staffer, usually treats Congress with care -- but not in a July 6 letter to Pelosi: "Unilaterally requiring another sovereign country to change its domestic laws before the U.S. approves a trade agreement would be a fundamental break with U.S. laws, policy and practice. No past administration or Congress -- Democratic or Republican -- has taken such a step. Nor would the United States agree to such a procedure if demanded by another nation."

Schwab's strong words had no effect. Nor did protests from Peru's President Alan Garcia and Colombia's President Alvaro Uribe. Democratic leaders are impervious to the reality that Colombia, Peru and Panama now enjoy one-way trade access to the United States, whereas the agreements would open their markets to U.S. goods. Nor do the Democrats show concern about alienating Uribe and Garcia as Hugo Chavez's menace spreads through the hemisphere.

Sweeney's marching orders are not limited to Latin America. He dismisses the negotiated agreement that finally would open South Korea to U.S. autos as "a losing, one-sided agreement." Obediently, House Democratic leaders declared the Korean pact dead on arrival. At least, Charlie Rangel and Sandy Levin are not headed off to scold in Seoul -- not yet, anyway.