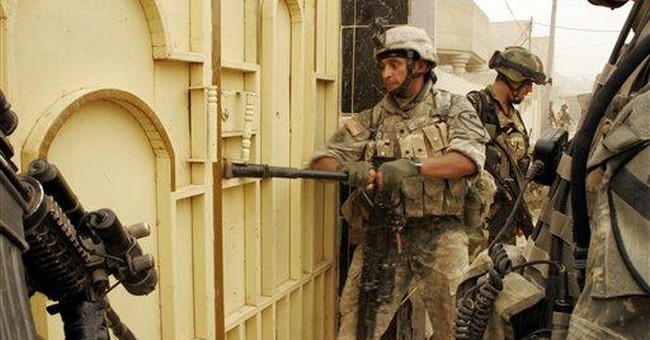 Hadley called his expedition a "scouting trip," leading one senator to ask what he was seeking. It was not advice on how to escape from Iraq. Instead, Hadley appeared interested in how previous supporters had drifted from Bush's course. In the process, he planted seeds of concern. Some senators were left with the impression that the White House still does not recognize the scope of the Iraq dilemma. Worse yet, they see the president running out the clock until April, when a depleted U.S. military will be blamed for the fiasco.

The tone set by Hadley signaled the White House did not understand that Lugar, in his fateful Senate speech the night of June 25, was sending a distress signal to Bush that a change in policy can be instituted only by the president and that it is imperative that he act now. Hadley was told it is not too late to go back to last December's Baker-Hamilton Iraq Study Group's neglected 79 recommendations. But the White House still seems unaware of the building tide, typified by the defection last Thursday of six-term Republican Sen. Pete Domenici (who was not among the graybeards scouted by Hadley).

The White House no more expected Domenici to jump overboard than it did Lugar. The shock of Lugar was the reason Hadley quickly scheduled sessions with senior Republican senators such as Lugar and Chuck Hagel, the top two GOP members on the Foreign Relations Committee, and John Warner, former Armed Services chairman. "The president has sent me up here on a scouting mission," said Hadley to begin these meetings.

Always deferential, Hadley took copious notes. But he did more than listen. Based on what Hadley said, one senator concluded "they just do not recognize the depth of the difficulty they are in." That difficulty entails running out of troops in nine months. Hadley increased latent fears of the U.S. military being made the fall guy -- a concern shared by many retired and some active senior officers, including a current infantry division commander.

During his scouting expedition, Hadley was asked why Bush named a serving Army officer -- Lt. Gen. Douglas Lute -- as a deputy national security adviser and "czar" of operations in Iraq and Afghanistan. Isn't that Hadley's job? Freshman Democratic Sen. Jim Webb, a lawmaker who has worn the nation's uniform in combat, was one of four senators who voted against Lute's confirmation. He told the Senate that Lute's return to the Army after serving in the administration would threaten the military's status as a "non-political organization."

Sen. Carl Levin, the Democratic Armed Services chairman, managed Lute's confirmation with little enthusiasm. He noted several retired four-star generals had refused the "czar's" job. They included Marine Gen. Jack Sheehan, reported by Levin as turning down the president because "hawks within the administration, including Vice President Cheney, remain more powerful than the pragmatists looking for an exit strategy in Iraq."

While Lugar's defection dispatched the national security adviser to the Hill, Bush did not call the respected senator into the White House for a face-to-face talk. That is not this president's style, as shown by his reaction to an essay by Sen. Hagel in the Financial Times published July 2 calling for an international mediator in Iraq under United Nations Security Council auspices. Hagel had submitted that proposal in a private letter to Bush several weeks earlier. Instead of the president responding to an overture from a longtime critic, Hagel was answered routinely by a third-level bureaucrat (Jeffrey Bergner, assistant secretary of state for legislative affairs).

The first in a succession of critical Republican senators, Hagel feared the worst when he returned home to conservative Nebraska for Fourth of July parades. Instead, he was pleasantly surprised by cheers and calls for the troops to come home. Perhaps a White House scouting trip into the American heartland might be worthwhile.