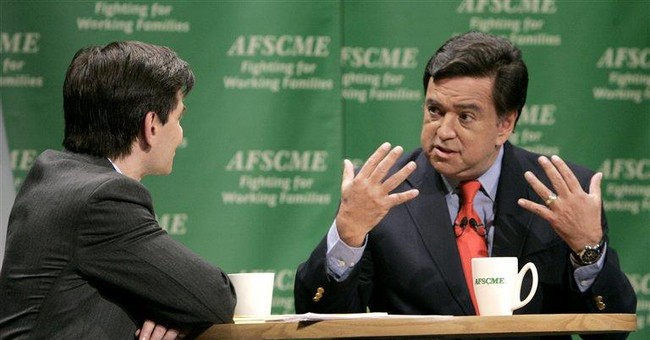 WASHINGTON -- New Mexico Gov. Bill Richardson is viewed by Democratic insiders as rising to the top of the party's second-tier presidential candidates, becoming a leading vice-presidential prospect and an increasingly possible nominee for president.

Richardson's past service as a member of Congress, U.S. ambassador to the United Nations and secretary of energy makes him a more experienced public servant than any of the first-tier Democratic candidates: Hillary Clinton, Barack Obama and John Edwards. A Mexican-American and a Westerner, Richardson is seen as strong in the critically important bloc of states that include Arizona, Nevada and Colorado, in addition to New Mexico.

While Richardson now trails his front-running Democratic rivals by a wide margin, his strategists consider him a strong competitor in New Hampshire. A victory in that state's first-in-the-nation primary could propel him to the head of the pack.

Investment banker Vernon Jordan, one of Bill Clinton's closest friends and advisers, is sticking with Sen. Hillary Clinton for president rather than join fellow African-Americans in support of Sen. Barack Obama.

"I stay with my friends," said Jordan, a former head of the National Urban League who is now a partner at New York-based Lazard Freres. This column last week reported that Washington lawyer Greg Craig, a defense counsel for President Clinton in the impeachment trial who is backing Obama for president, met the Illinois senator in Jordan's home.

Contributors to Democratic campaigns who never had given money to anti-war efforts last week received for the first time two solicitations from Amnesty International that attacked U.S. national policy.

The first mailing sought up to a tax-deductible $500 (but stressed that gifts of $25 are "urgently needed") to push "the complete shutting down of the U.S. detention facilities at Guantanamo Bay, Cuba," to reverse "U.S. policies that abuse human rights and stain our national honor." Amnesty International also requested signature of a "national petition to close Guantanamo now."

The organization's second mailing, also requesting tax-deductible contributions, contained a sample letter to members of Congress demanding "immediate action to end the Bush administration's cruel disregard for human rights in the name of the 'war on terror.'"

Conservatives were angered because there seemed less reason for his defection from the party line than the other 12 Republican defectors, most of whom came from districts with a high labor union presence. Ferguson's district has a median income of $75,000 with 74.5 percent in white-collar jobs, mostly financial services. Ferguson appeared to be unnerved by his close call in 2006 when he won re-election by a vote of 49 percent to 48 percent.

A footnote: As the Senate last Tuesday approved union collective bargaining rights for Transportation Security Administration (TSA) employees in a party-line vote, the only Republican supporting the measure was Sen. Arlen Specter of Pennsylvania.

Persons who used valet parking while they heard Sen. Barack Obama address a high-level pro-immigration rally, sponsored by the National Council of La Raza, Wednesday night a short distance from the U.S. Capitol left the event to find that their cars had been stolen.

Two cars and two additional sets of keys were stolen from valets at gunpoint. One of the victims told this column: "There's nothing more frustrating than to come out of a black-tie event and find that your car has been stolen."