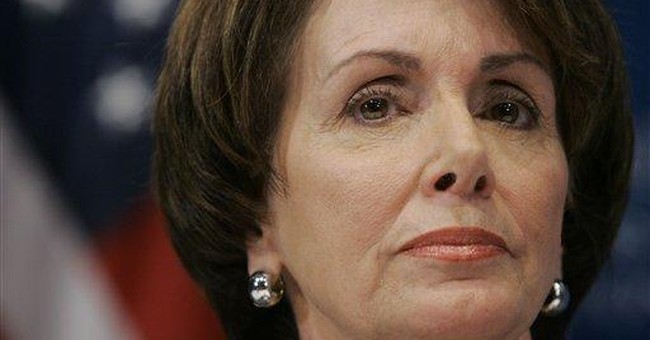 WASHINGTON -- Democrats last Wednesday were extolling their student loan bill for opening college to modest-income Americans when Rep. Tom Price, a second-term Republican from Georgia, took the House floor. "If only this bill did what they say," Price declared. His admonition constituted more than the usual hyperbole of congressional debate.

The bill, passed by an overwhelming bipartisan House vote, was headlined as reducing the interest on federally subsidized student loans from the present 6.8 percent to 3.4 percent. Actually, it gradually reaches the 3.4 percent level on July 1, 2011. A student taking out a loan July 1 this year would pay 6.12 percent after graduation. Only 29 percent of all students getting loans would be eligible for this gradual cut. Other student loan programs will be cut to help pay for the $7 billion cost over five years. And, contrary to Democratic implications, the bill does nothing to slow skyrocketing college tuition.

Such details are obscured, however, by the brilliant success of House Speaker Nancy Pelosi's "first 100 hours." The student loan bill is one of the politically popular measures rushed through opening days of the first Democratic-controlled House session in 12 years -- without hearings, without committee authorization and without meaningful debate. While Democratic support has been unanimous, Republicans are divided and listless.

In contrast to ideologically diverse Democrats who controlled Congress in the past, today's House majority members look like automatons not only in the way they look but how they talk. The hand of Rep. Rahm Emanuel, chairman of the House Democratic Caucus, was apparent as Democrats newly elected under his chairmanship took the floor to deliver nearly identical speeches of how this bill will help poor students.

Rep. Ed Perlmutter, who won a previously Republican-held district in Colorado, in his floor speech used the now-common anonymous anecdote. He told of seeing "a woman whose kids have gone to school with mine" at a swim meet in Arvada, Colo. "She told me that one of her kids is in college now, and she has another that will be going in a couple of years. She is a single mom, and her kids have done well in school, but the cost of college has become prohibitive for their entire family. She said her kids have been excellent students, but she was fearful they could not get into college and be able to pay for it."

Perlmutter added that this "single mom" thanked him for this bill changing "the cost of higher education." In fact, it has nothing to do with the prohibitive cost of college. It will have no effect whatever on her child now in college. If her second child is literally enrolling in a couple of years (January 2009), the interest rate would be 4.76 percent, to be paid after the student leaves college. The mom may have thanked Perlmutter too soon.

Because Democrats are now committed to "pay-go" (offsetting all spending increases), this bill means cutting $6 billion from other federally subsidized student loan programs on top of a net $12 billion cut by the last Republican-controlled Congress.

On the eve of last Wednesday's House debate, the Consumer Bankers Assn. and the Financial Services Roundtable sent a joint letter to members of Congress. The offset cuts in loan funding, the organizations warned, "cannot be absorbed by the nation's loan providers without compromising the kinds of benefits and services now provided to college students and their families."

This warning was not be expected to impact heady Democrats, but might should have promoted among Republicans. It did not. While Democrats were 232 to 0 for the bill, only 71 Republicans followed their leadership to vote against it. The 124 Republicans voting aye included such erstwhile conservative stalwarts as Todd Akin (Mo.), Virgil Goode (Va.), Chip Pickering (Miss.), Joe Pitts (Pa.), Dana Rohrabacher (Calif.), Ed Royce (Calif.) and Todd Tiahrt (Kan.).

The once militant, united House Republicans are demoralized and on the run. They were battered in the last campaign for cutting school loans in the previous Congress and are willing to go along with a sham bill, hoping for Senate gridlock and a presidential veto.

Spencer Brown
Will Biden Stick to What He Previously Said About Sexual Assault Allegations Against Cuomo?