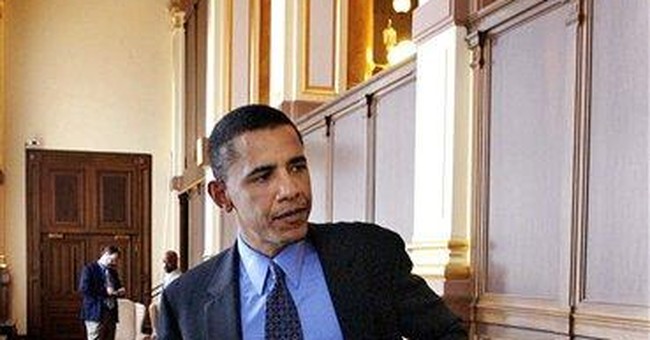 On Wednesday three of the nation’s top student loan lenders cut a deal with New York Attorney General Andrew Cuomo. Wachovia, National City, and Regions Financial Corporations agreed to a code of conduct that would prohibit questionable practices, such as giving kickbacks to financial aid officers in exchange for being listed as a “preferred lender” to incoming students.

Beyond these more moderate steps for reform, some politicians—such as Barack Obama—are calling to bypass the private lenders altogether, and have Uncle Sam assume direct responsibility for all of the nation’s student loans. By cutting out the middlemen and giving the money directly to the students, taxpayers would allegedly save billions.

This type of mentality betrays a fundamental misconception of how a market economy works. Because loans involve interest rates and other complications, we can correct the fallacy more easily if we momentarily switch contexts. So instead of discussing federal subsidies for student loans, let’s discuss a local government’s use of tax dollars to plow snow off the roads. True story: When I was growing up, someone wrote a Letter to the Editor of my town’s newspaper, and claimed that it was always cheaper for the government to plow the roads itself, rather than bidding for private companies to do the job. Why? I paraphrase from memory: “The government can do the job at cost, while the private companies have to add a mark-up for profit.”

There are two major errors in this line of thinking. First: In a competitive market, there is no guaranteed “rate of profit” that the firms automatically enjoy. If firms really were making unusually large returns, then others would enter the industry and push prices (and profits) down. It’s true, a given firm will normally take in more revenues than it pays out in explicit expenses, but this margin (accounting profit) is used to cover interest on the invested capital as well as the labor of the owners.

These are all “real” expenses that would be present whether the government or the private sector conducts the operations. Yes, if Jim Smith is the sole proprietor of a snow plow company, he will quote a rate for the job that exceeds how much he’ll spend on gasoline, insurance, depreciation on his equipment, and so on. He’ll need that “mark up” to make it worth his time to run the business in the first place, rather than working for somebody else. But if the government instead uses one of its employees to plow the roads, it too will have the same expenses, and it will need to pay an official salary to whoever takes the place of Jim Smith. There’s no reason to suppose that government employees are willing to do a given job for less money than someone from the private sector.

In fact, just the opposite is true, and this leads to the second major error in the Letter to the Editor described above: In reality, there is no such thing as an objective cost for a given job. As Nobel laureate Friedrich Hayek stressed, the market economy is a discovery process in which competing entrepreneurs experiment with different techniques and business plans. Over time, the least-cost methods are adopted through this trial-and-error procedure. But the outcome isn’t known beforehand—if it were, nobody would ever go bankrupt!

Without the competition from others trying to steal away customers, our hypothetical government snow plowing agency would have no incentive to figure out ways to cut costs. The correct number of plows to purchase, which models to buy, the order in which to plow the roads, and a thousand other decisions affect the total cost of the operation. Without freedom of entry into the field, and the ability of individual customers to switch their business to more efficient producers, costs would be much higher.

Although the details are different, the same principles hold true for student loans. Uncle Sam doesn’t have proficiency in loan portfolios or forecasting interest rates, and thus there’s no reason to expect him to administer loans more cheaply than private banks. Indeed, a PricewaterhouseCoopers study (in 2005) pointed out several biases in the studies that claim otherwise. For example, private lenders are taxed on their net income from handling such loans, whereas the loans processed through the Federal Direct Loan Program aren’t. The typical claims of billions being squandered on “middlemen” ignore subtleties such as this, as well as the overhead costs associated with the Federal Direct Loan Program.

Anybody who justifies a federal takeover of the multibillion dollar student loan industry on the grounds of saving money needs to go back to school.