How to Defend an Indefensible “Safe Schools Czar” 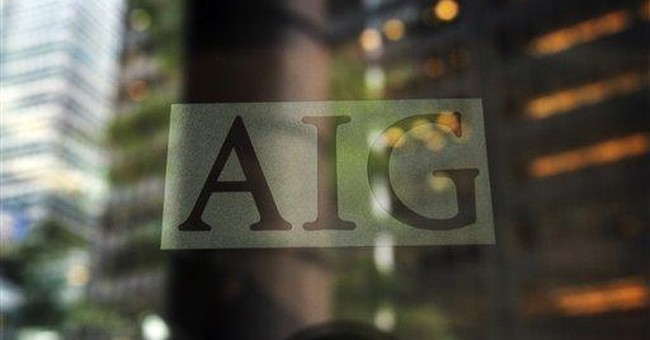 What do you do if you’re caught in something shocking, inexcusable and even criminal?

You divert attention by getting someone to attack the messenger: “Don’t look at this stuff! Look over there!”

And so, amid the growing scandal surrounding President Obama’s “safe schools czar,” Kevin Jennings, his defenders have unleashed Media Matters to tar anyone who brings Jennings’ shocking record to light. I think it will backfire on them royally when people see what it’s all about.

Jennings is the Assistant Deputy Secretary for Safe and Drug-Free Schools at the U.S. Department of Education. He founded the Gay, Lesbian and Straight Education Network (GLSEN) in 1995 and ran it until 2008.

GLSEN promotes homosexuality in schools from grades K-12, organizes gay/straight alliance clubs and stages disruptive events such as “The Day of Silence” and “Ally Day.”

Media Matters (MM) is the far-left group headed by David Brock, the former conservative who wrote exposes of Anita Hill and Bill Clinton but turned to the left after being “outed” as a homosexual. MM purports to fight “conservative bias” in the media. Well, no one said their job was easy.

Last week, MM went after MassResistance.com, a small group of brave people who have taken on the homosexual activist juggernaut in Massachusetts. The good folks at MassResistance have provided rock-solid evidence that Jennings is unfit to be near any school kids, much less be the “safe schools czar.” More than 50 congressmen think so, too, and have sent a letter to President Obama demanding that Jennings go.

Media Matters sprang into action when too much about Jennings and GLSEN was getting out in such places as the editorial page of The Washington Times, WorldNetDaily.com, BigGovernment.com and Gateway Pundit. Several have cited MassResistance while revealing GLSEN’s predatory track record.

The most shocking evidence is a booklet that was on a table at an April 30, 2005 GLSEN-sponsored seminar at Brookline High School, in Brookline, Massachusetts. Titled The Little Black Book: V 2.0 Queer in the 21st Century, the pamphlet is packed with pornographic pictures, obscenities and advice to kids on how to engage in perverse and dangerous behaviors using all sorts of bodily functions. Included is a helpful list of the gay bars in Boston where underage teens can become prey for boozed-up, over-21 patrons. The bars’ special attractions are listed, including such amenities as strippers and video porn. The booklet was produced by the AIDS Action Committee, Boston, with assistance from the Massachusetts Department of Health and several other publically supported organizations.

Instead of coming to a reasonable conclusion, which is that Obama should get out of this one, pronto, and have Jennings resign, Media Matters went after … MassResistance and the handful of media that have reported this shocking material. MM brought in their big gun, the Southern Poverty Law Center, the far-left group which falsely identifies several Christian, pro-family organizations as “hate groups” and implies that former CNN show host Lou Dobbs is racist for opposing illegal immigration. The MM Website headline says, “Anti-gay hate group MassResistance is source for right-wing media attacks on Jennings.”

And the incriminating booklet? Well, MassResistance reports that the booklet was “distributed to hundreds of kids, middle school age and up.” MM retorts that Jennings later apologized and criticized the content, and that, besides, GLSEN says there were only 10 copies on a table, and they doubt any kids got hold of them. Oh, well, it must be okay then. Have they looked at this booklet?

The booklet is only the tip of the iceberg for Jennings and GLSEN.

GLSEN was also behind the notorious “fistgate,” conference at Tufts University in 2000 at which explicit homosexual sex lessons were given to kids as young as 12. Jennings was a keynote speaker. MM’s defense? Well, Jennings was “not directly involved” in the graphic portion of the conference, and later “criticized” the content (after they got caught). Oh, well, it must be okay then.

GLSEN’s reading list for youngsters has numerous books with graphic sexual content between adults and children, between children and children, and even at least one with preschoolers having sex. Even before the most recent exposure of the list, Linda Harvey had published many articles over the last few years on her missionamerica.com Website detailing the outrageous GLSEN content, as has Peter LaBarbera on his Americansfortruth.com Website.

Jennings was once a teacher in Concord, Massachusetts, where he, by his own admission, advised a teen boy on how to have safer sex with an adult male he met at a bus station restroom. He also has written about the joys of using illicit drugs when he was younger, with no meaningful caveats. At a church meeting, he used the f-word to denounce religious conservatives.

So let’s recap: Jennings founded and directed GLSEN. The mission of GLSEN, if you go by their reading list and activities, is to introduce young kids and teens to homosexual sex, and the sooner the better, all in the name of “tolerance” and “safety.” A secondary goal is to turn them into homosexual activists themselves.

What’s wrong with this picture?