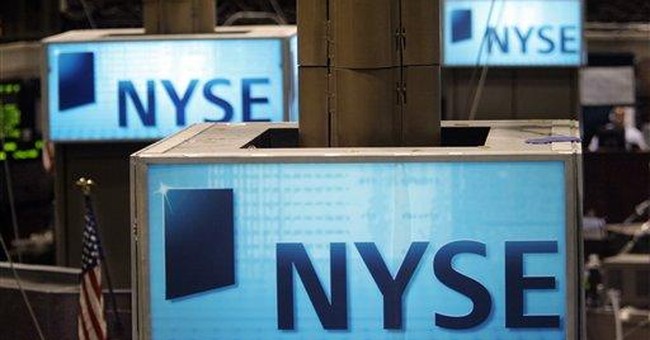 President Bush doesn’t like to admit he’s made mistakes. But if White House chatter about an economic stimulus package is true, the president is about to repeat a misstep made early in his first term.

I’m talking about the 2001 tax rebates -- government handouts that arrived in the mail. Individuals got $300 and married couples received $600 -- all in hopes of stimulating the economy.

With the economy slowing again, tax rebates are back on the table for the White House -- only this time dollar amounts could be doubled -- and then some. The Associated Press reports the administration is contemplating rebate checks of up to $800 for individuals and $1,600 for married couples.

Few Americans would turn down an offer to pad their wallets so thickly. But while $800 or $1,600 might be a nice sum of money in the short term, this approach won’t help grow the economy out of a recession. That’s the disappointing lesson from the 2001 rebates.

Here’s why the earlier rebates didn’t work. The federal government, already operating in the red, didn’t have any money to pay for the rebate checks. Instead, it borrowed billions in the spring and summer of 2001. Consumer spending responded with 7 percent growth in the fourth quarter, but investment spending decreased by 23 percent. By the beginning of 2002, the rebate “fizz” was over. Consumer spending retreated to 1.4 percent annualized growth in the first quarter of 2002, and the economy was stagnant for much of the year.

“The simple redistribution from investment to consumption did not create new wealth,” concluded Brian Riedl of The Heritage Foundation, “Tax rebates ... don’t stimulate the economy.”

Riedl favors an alternative: lower tax rates on income, capitals gains and dividends, similar to the plan Bush successfully persuaded Congress to enact in 2003. That stimulus package produced an immediate turnaround in the economy. Consider these four statistics:

• Gross domestic product grew at an annual rate of 1.7 percent in the six quarters before the 2003 tax cuts. For the six quarters following the tax cuts, the growth soared to an average 4.1 percent rate.

• The S&P 500 dropped 18 percent in the six quarters before the 2003 tax cuts. It increased 32 percent over the next six quarters.

Of course, the political situation is far different today than it was in 2003. Then, the president had defied history by picking up seats for his party in the 2002 elections, strengthening the GOP’s control of Congress. Today he’s competing with presidential candidates and the Democratic Congress for airtime.

That’s no reason for Bush to compete with their policies, however. Sen. Barack Obama would give Americans rebate checks of $250 and congressional Democrats have offered a rebate plan that tops out at $500. Fiscal conservatives wonder what Bush hopes to gain by not only playing their game, but also raising the stakes.

“One-time rebates and temporary business tax breaks that the president and the Democrats seem to be coalescing around are the wrong approach,” said Club for Growth President Pat Toomey.

Added Rep. Jeb Hensarling, chairman of the Republican Study Committee: “[T]emporary consumer tax rebates should not be confused with economic stimulus. ... The last time our country faced recession, rebates were helpful to consumers but did little to turnaround the economy.”

There’s little debate that tax rebates can redistribute existing wealth. But if Bush and members of Congress are serious about staving off a recession, they need to come up with a new plan -- one that will grow the economy. Lower permanent tax rates are a good place to start.