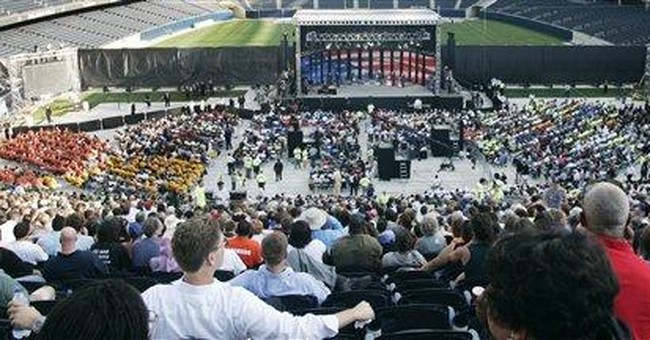 The Office of Labor Management Standards, the federal government’s union watchdog agency, has recouped more than $100 million for American workers since 2001. But the increased oversight on unions hasn’t gone over well with liberals in Congress, who are trying to slash the agency’s budget for next year.

Last month, pro-labor Democrats in the House successfully fought back a Republican-led challenge to restore $2 million to the agency’s budget. The Senate will take up the bill when Congress returns from its August recess.

The liberals’ revolt against the Department of Labor agency comes on the heels of an increased crackdown on union misbehavior and greater scrutiny of union finances. Following the 2000 elections, the Office of Labor Management Standards reversed nearly a decade of lax enforcement under the Clinton Administration.

The result has been a steady rise in investigations and convictions under the Labor-Management Reporting and Disclosure Act. Since 2001, for example, the agency has filed 810 indictments, won 781 convictions and recouped $101 million in court-ordered restitution for union workers.

Recent convictions include a Teamsters president in Houston who was sentenced to 78 months in prison for embezzlement and mail fraud. He was ordered to pay $121,478 in restitution. The president of the National Association of Letter Carriers in San Mateo, Calif., was indicted for embezzling more than $170,000 in union funds. And the president of the International Longshoremen’s Association in Puerto Rico was convicted of embezzling $1.9 million in union funds and falsely reporting the amount of dues paid on the union’s financial disclosure forms.

Those forms, available for public consumption at UnionReports.gov, have been a source of contention for labor unions ever since the Department of Labor revised them in 2003—the first change to union financial reporting since 1959. The AFL-CIO warned that it would cost all unions more than $1 billion to comply, and that it could spend upwards of $1 million to meet the government’s new disclosure requirements. Those figures were greatly exaggerated, however. The AFL-CIO spent a total of $54,150 to meet the new requirements.

The increased transparency has revealed some embarrassing expenditures for unions, such as the $1.9 million spent by the International Association of Machinists on its very own Lear jet. But while transparency is a good thing for union members who expect good stewardship from their leaders, it has met resistance on Capitol Hill, where many liberals count on union leaders for fundraising help. During a recent debate over the Department of Labor spending bill for next year, House Appropriations Chairman David Obey (D.-Wis.) argued the Office of Labor Management Standards’ budget should be cut.

Obey defended the move to cut the agency’s budget by $2 million—about $11 million short of Bush’s request—by saying that any increase in funding would “enrich the one portion of the Labor Department which has been doing very well, thank you.”

It’s true that the agency has been doing well, especially considering that it employs about 350 people in offices across the country and is the only federal agency responsible for union enforcement. But after years of being starved under President Clinton, the Office of Labor Management Standards is still below its 1980s staffing levels. Don Todd, deputy assistant secretary for the agency, said enforcement had fallen off so dramatically in the 1990s that a union stood the chance of being audited only once every 200 years. Even today the agency can audit only about 4.6% of unions each year.

Republicans in Congress have fought back. Rep. John Kline (R.-Minn.) offered an amendment to restore about $2 million to the agency’s budget, which would have kept its funding from declining from this year’s level. It was rejected, 186-237, on a mostly party-line vote.

Citing the agency’s success in winning restitution for union workers, Kline said, “Some of my colleagues may dismiss these monetary results as just small change compared to the billions of assets held by labor unions, but they miss the point. Stealing from your fellow union members is against the law, regardless of whether the theft is $10,000 or $100,000. And anywhere in the country but Washington, D.C., $10,000 is a lot of money.”

Conservatives have also attacked liberals for cutting the agency’s budget while at the same time increasing money spent on enforcing the Sarbanes-Oxley Act at the Securities and Exchange Commission. The law, passed in the wake of the Enron scandal, has driven American businesses overseas because of its burdensome regulations. Liberals went above and beyond the Bush Administration’s funding request for the SEC by $3.1 million.