Judicial Nominee Hangs in the Balance 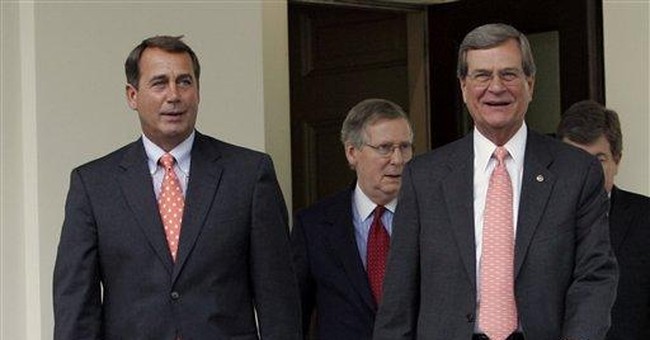 Senate Democrats and Republicans operated in relative harmony this spring when confirming President Bush’s judicial nominees, but the nomination of Leslie Southwick to the New Orleans-based federal court of appeals has shattered that peace.

The fight over Southwick’s confirmation comes at an important time. As the White House prepares a short list of candidates for a potential Supreme Court vacancy, liberals are sharpening their battle-axes. Conservatives, meanwhile, sense a return to the days of filibusters and obstructionism that nearly brought the Senate to a nuclear showdown.

Caught in the middle is Southwick, a former Mississippi state appellate court judge who was nominated by Bush to serve on the 5th Circuit U.S. Court of Appeals. The seat has gone unfilled for seven years without a permanent judge, primarily because Democrats have blocked the last three nominees. As a result, it has been declared a “judicial emergency.”

But for liberals on the Senate Judiciary Committee, no emergency trumps political pandering to left-wing interest groups. When People For the American Way and the Human Rights Campaign objected to Southwick, committee libs leveled the outrageous charge that he is a racist. His nomination’s been stuck in committee ever since.

Tensions over appellate court judges last reached a boiling point in 2005 when a group of 14 senators, both Republicans and Democrats, brokered a deal to confirm a handful of nominees and avoid bringing the Senate to a halt. But with Southwick’s delay dragging on and no clear resolution in sight, there’s talk among some Republicans of bringing the Senate’s work to a screeching stop until committee liberals allow action on the nomination.

Mississippi Sen. Trent Lott, who strongly supports Southwick’s confirmation, said he would lead an effort to bring the Senate to a “total shutdown” if Democrats continued their obstructionism. With the hot-button issues of immigration and the Iraq War capturing the headlines on Capitol Hill these days, Lott’s biggest hurdle might be rallying enough support among his own fractured caucus.

But if there’s one issue that unites conservatives, it’s support for conservative judicial nominees. At a time when the president’s approval rating has hit rock bottom among his base, Bush should welcome a fight to bring conservatives back into the fold. The successful confirmations for Chief Justice John Roberts and Associate Justice Sam Alito to the Supreme Court represented a crowning moment during the Bush presidency after years of fighting smaller battles for appellate court nominees.

With just 18 months left on the job, Bush faces a predicament: a Democrat-controlled Senate that is hardly eager to confirm his nominees. During the first six months of 2007, the Senate ushered through only three appellate court judges. In addition to Southwick, four others, Jennifer Elrod, Peter Keisler, Raymond Kethledge and Stephen Murphy, await approval.

The recent average of circuit-court confirmations stands at 17 during a president’s final two years in office, according to the Committee for Justice, which cited the Reagan, Bush and Clinton administrations in its study. Little activity will take place after the spring of 2008, so time is quickly running out on the chances that the Bush II administration will be able to match that average.

The possibility of a Supreme Court vacancy this summer raises the stakes even higher. Although no justice has given any indication of resigning, such decisions are rarely broadcast in advance. Fueling the speculation is a short list of possible women and Hispanic nominees drafted by the White House.

Two conservative court-watchers I asked about a potential vacancy offered upbeat analyses of the situation. Curt Levey of the Committee for Justice said he thought the chances of a confirming a conservative nominee were “quite good” because Democrats from traditionally conservative states wouldn’t dare hold up a Supreme Court confirmation.

“Contrary to conventional wisdom, President Bush would have excellent prospects of getting a strong proponent of judicial restraint confirmed,” added Ed Whelan of the Ethics and Public Policy Center. “There are plenty of available Democratic votes to put together a majority in favor of confirmation, and Democrats would pay a steep political price if they resorted to unprecedented measures to obstruct a straight up-or-down vote.”

While the White House has little control over what plays out at the Supreme Court this summer, it does have the ability to shine the light on liberal obstructionism in the Senate. Bush should highlight what’s happening to Leslie Southwick. It’s a cause around which conservatives can rally.